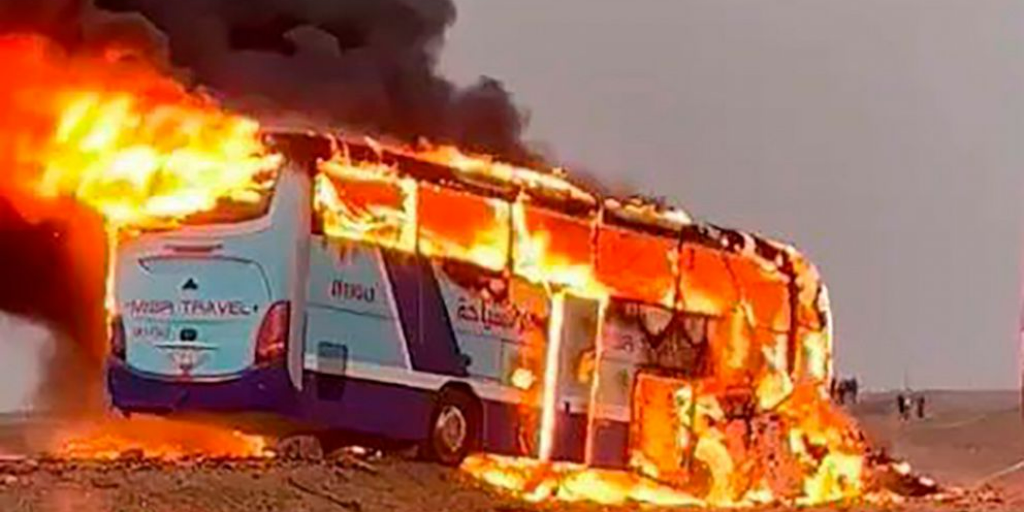 At least 10 people have been killed, including four French tourists, one Belgian tourist and five Egyptians, after a truck slammed into a bus on a highway near Luxor and Aswan.

At least 14 other people were injured, reported the Ministry of Health. According to the Associated Press, eight of the injured were from France and six were from Belgium.

Egypt’s Ministry of Health and Population announced that 30 ambulances were dispatched to the scene, and those involved in the crash were taken to nearby hospitals. Aswan Governorates’s official Facebook page said the injured were in stable condition.

The incident is not the first of its kind in Egypt, a country, which according to national statistics, witnesses thousands of vehicular accidents on an annual basis. Last week, three people, including two Polish tourists, were killed after their bus crashed along the highway in the Red Sea Governorate.

Although the Egyptian government has allocated a great sum into developing road networks, Egypt still struggles with an exhaustive traffic and driving problem. Many drivers do not abide by internationally recognized conventions of driving such as driving in respective lanes, keep a distance from other vehicles during traffic or even ensuring that seatbelts are worn.

According to the Central Agency for Public Mobilization and Statistics (CAPMAS), there were 56,789 injuries and 6,164 deaths in Egypt in 2020 as a result of road accidents.

10 Extinct Jobs in Egypt That Take You Back in Time
Share' Aleef: A Systemic Solution to Egypt's Animal Rights Problem

Share’ Aleef: A Systemic Solution to Egypt’s Animal Rights Problem
10 Extinct Jobs in Egypt That Take You Back in Time