Farah Rafik
‘Is it Mango Season Yet?’ Here Are Egypt’s Favorite 5 Summer Fruits

As the crisp shades of spring fade and sweltering heat dictates the summer weather, Egyptians yearn to stay as cool as possible. Where there is a lack of the beach and cool air, summer fruits relieve hunger and thirst. Egypt’s fertile soil, indebted to the Nile River, has allowed it to build ancient empires on the basis of agricultural wealth.

Quenching thirst or filling tummies, here are some of the most common fruits found in Egypt during the summer – from the months of May until August.

Decorating the streets of Egypt on street vendor food carts, the prickly pear, commonly called teen shoki in colloquial Arabic, is one of the richest fruits found in Egypt. This spiky brightly-ripening fruit is not only refreshing during the summer season, but also rich in nutrients, vitamins, and minerals, such as magnesium, potassium, and calcium Prickly pears are a subgroup of the Opuntia cactus, they are identified by their wide branching pads, often called nopal or paddle cactus. It is most commonly found during the months of July and August all throughout Egypt.

If one is looking for a quick street snack, it isn’t uncommon to ask the fruit vendor to peel them on the spot.

Lusciously sweet are the figs, possibly one of the oldest cultivations in Egypt. It was considered as a common fruit in ancient Egypt, used differently in culinary and medicinal spheres. They are grown on the North Coast, from the west of Alexandria to Marsa Matrouh, in the Sinai governorate, and in Upper Egypt. Today, figs are abundantly eaten across Egypt, in the forms of jams, or as a stand-alone fruit. 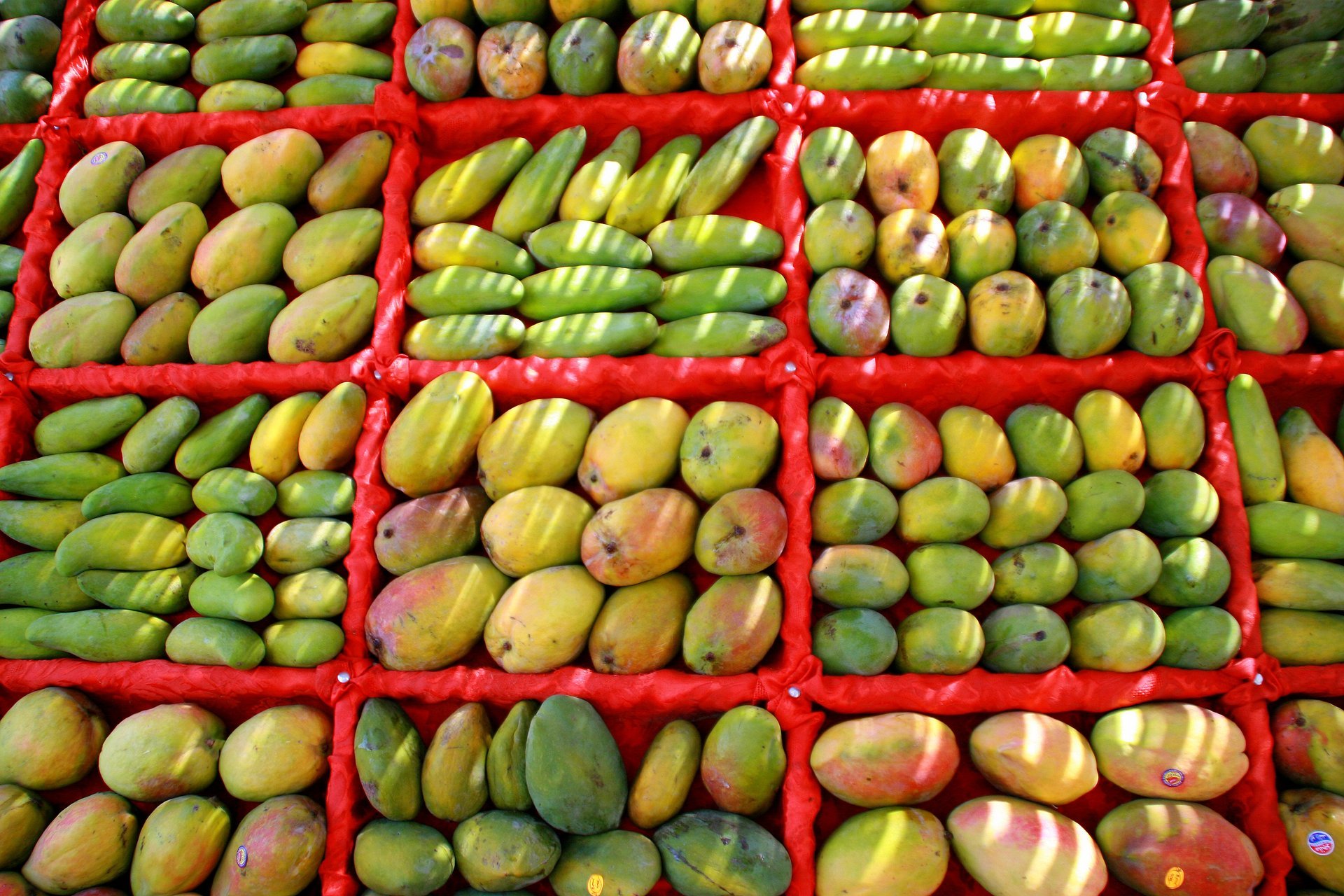 There is nothing more versatile than the mango fruit, a summer staple in every Egyptian home. Egyptian mangoes come in 15 different shapes, sizes, and names – some of the most popular ones are Eewis, Hendi (Indian), Al Fons, and Sedikka. They are believed to have been introduced in Egypt from Sri Lanka by Mohamed Ali in the early 19th century. The main mango producing governorates in Egypt are Ismailia, Sharkia, Giza, Faypum, Qena, and Nobaria. Mangoes are not only a fan favorite because of their deliciousness, but mangoes bear varying health benefits, including cancer prevention, which makes them a delectable summer fruit. In Egypt, the mango harvest starts from July and lasts until November.

Grapes are one of the most widely grown fruits in Egypt. Their harvest begins in May, and ends in September, spreading geographically from Alexandria in the north to Aswan in the South. Grapes come in varying colors, including green, black, red, and yellow. They offer different health benefits, such as supporting the immune system, aiding in cancer prevention, and protecting against diabetes.

They’ve been grown in Egypt for thousands of years, namely for the production of wine, which is an on-going production and business until today.

From the months of April until July, a plate of watermelon chunks or watermelon juice on a hot summer day offer brilliant refreshers. The fruit has a longstanding history with Egypt, having been possibly grown back to ancient Egypt, where watermelon seeds have been found in ancient tombs dating back 4,000 years ago. They are not only packed with nutrients and beneficial plant compounds, but they’re also incredibly hydrating in nature. According to sources, Egypt ranked in the ninth place in watermelon exports, with a total amount of 4235 tons from the months of January until May this year.