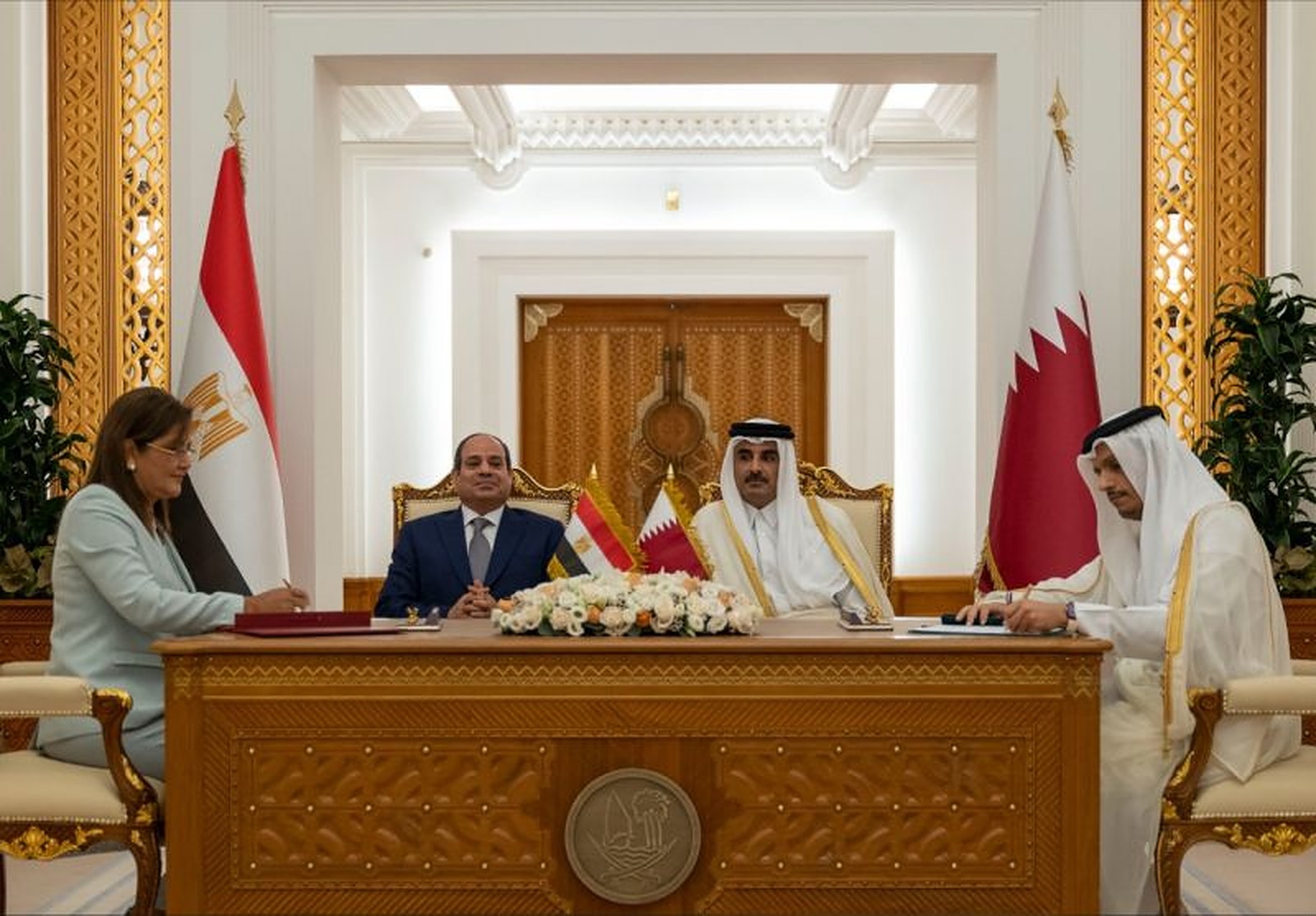 On the same day, Al-Sisi held a meeting with representatives from the Qatari Business Association, and underscored Egypt’s commitment to foster closer economic and trade cooperation with Qatar’s business community and private companies, particularly in the sectors of renewable energy, tourism, construction, real estate, agriculture and healthcare.

President Al-Sisi also gave an interview to the Qatar News Agency (QNA), where he expressed that the upcoming Arab League Summit, scheduled to be held in November in Algeria, comes at a critical time for Arab countries, as they are collectively facing a number of multiple crises.

Following diplomatic reconciliation in January of last year with Al-Ula agreement, Egypt’s Al-Sisi paid a visit to Qatar for the first time on Tuesday to meet with Emir Tamim bin Hamad Al-Thani.

This comes after Al-Thani’s visit to Egypt on 26 June 2022 following the diplomatic rift, which began on 5 June, 2017 and lasted until January 2021. Both leaders met to reaffirm their commitment to bolstering political and economic cooperation, particularly in the field of energy.

Egypt is currently facing constraints in receiving money inflows and meeting the external debt service payments in the context of high inflation and tightening financial conditions. In May of this year, Moody’s Investors Service changed Egypt’s outlook to ‘negative’ from ‘stable’, in its updated 2022 market outlooks.

The Central Bank of Egypt this year announced the raising of interest rates on overnight deposits and loans by two percent to contain inflationary pressures.

This comes against the context of an accelerated inflation rate that rose to 13.1 percent in April of 2022 from 10.5 percent in the previous month, according to the Central Agency for Public Mobilization and Statistics.