No Egyptian lawyer stood out to the public as much as Farid El Deeb, who rose to fame by taking on publicized cases other criminal defense lawyers would more likely shy away from.

When El Deeb passed away on 25 October 2022, he left behind a controversial legacy. To some, he is considered Egypt’s “Lawyer of the Century,” to others, he is known as the “Devil’s Advocate.”

Celebrated or hated, what is certain is that El Deeb took on a number of cases that would go on to have an undeniable impact on Egypt’s modern-day history. The list below is a testament to that statement.

DEFENDING HOSNI MUBARAK IN THE “TRIAL OF THE CENTURY”

When ousted president Hosni Mubarak was ordered to stand trial on 24 May 2011, just a few months after Egypt’s 2011 Revolution, he turned to Farid El Deeb to represent him in court – from then on it was widely known as the “trial of the century”.

Mubarak, who had ruled Egypt for 30 years and ushered in a political climate of oligarchical corruption, was facing demands for execution by both prosecutors and protestors.

The trial, which concluded on 2 June 2012, ended in a life sentence verdict, much to the chagrin of a number of Egyptians who protested in the 2011 Revolution. Thousands of citizens took to the streets once more to protest the decision.

To El Deeb, Mubarak’s avoidance of a death sentence was a success, more so when the former president was acquitted and released in 2017, five years after the initial verdict.

El Deeb’s decision to defend Mubarak did not determine his political bias. In fact, prior to defending Mubarak, the lawyer defended Mubarak’s political opponent in 2005: Ayman Nour.

Nour, who was an Egyptian parliamentarian and head of the Ghad Party at the time, became Mubarak’s first-ever election opponent when he announced his candidacy for the 2005 elections.

Shortly after, he was stripped of his parliamentary immunity and arrested in January 2005. At the time, El Deeb did not yet represent him, but Nour was freed shortly after following severe criticism from the United States and European Union.

It was during Nour’s second arrest, which occurred after finishing second with 7 percent of the votes, that El Deeb stepped in to represent the former parliamentarian. Nour was accused of forging votes in an attempt to unconstitutionally win the elections.

“I will not calm down and will not close my eyes until I prove to you and the entire nation his innocence of what they put him on […] And prove that the whole case is nothing but a series of plots against the political opponents,” argued El Deeb during the trial.

El Deeb failed to acquit Nour of the charges pressed against him, who was sentenced to serve five years in prison. Still, Nour’s imprisonment quickly transformed into a global controversy that brought Egypt’s human rights standards into question.

Nour was released in 2009, a few months prior to his intended release, on the grounds of his worsening health condition at the time.

Azzam Azzam, a Druze-Israeli, was arrested and charged with espionage by Egypt in 1996, during a textile factory visit representing his company, Tefron, an Israeli company with production lines in Egypt.

By the time of Azzam’s arrest, Egypt’s wars with Israel had ended two decades ago – yet the bad blood and disdain between the two nations remained. As such, no Egyptian lawyer dared to consider representing Azzam – no one except Farid El Deeb, a decision that would quickly become a turning point in his career.

The lawyer soon faced domestic backlash for defending the Israeli, eventually resulting in El Deeb being accused of malpractice by members of the Egyptian Lawyers’ Syndicate – accusations that called for his license to be revoked.

Azzam was handed down a fifteen-year sentence but was released in 2004 following a political negotiation between Egypt and Israel involving jailed Egyptian students in Israel. Azzam would maintain his innocence plea throughout the whole ordeal, even upon his release.

Twenty years after Azzam’s sentencing, in 2017, El Deeb revealed that he was personally selected to defend Azzam by Mubarak in an attempt to acquit the Israeli and prevent further political tension.

Why do Egyptians Gasp While Preparing Molokhiya?
Faith, Law, and Society: Understanding Christian Divorce in Egypt 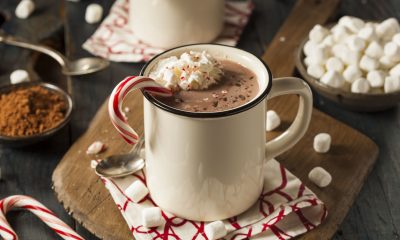 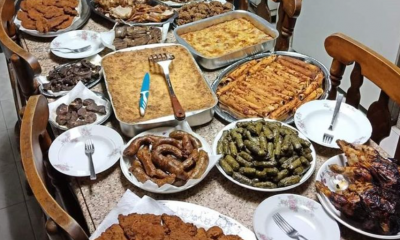 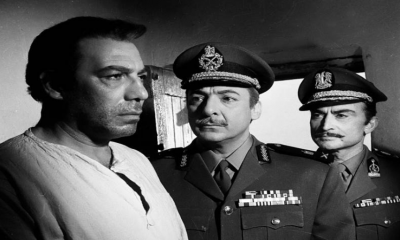 Faith, Law, and Society: Understanding Christian Divorce in Egypt
Why do Egyptians Gasp While Preparing Molokhiya?