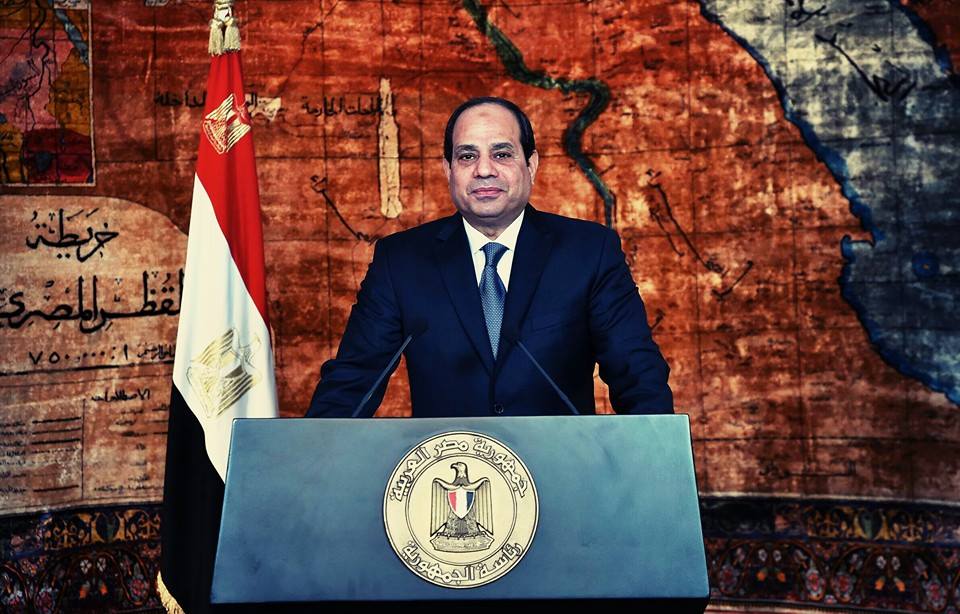 The meeting, which took place at the Presidential Palace, was aimed at discussing Egyptian-U.S. relations and regional developments.

During the meeting, the President and the two U.S. officials discussed the Israeli-Palestinian conflict, terrorism in the region, and the situation in Libya, Syria and Yemen.

Sisi’s meeting with Albright and Hadley, who was the 21st U.S. Assistant to the President for National Security Affairs, comes as Egypt and the U.S. attempt to restore ties.

Meanwhile, at a press conference four days ago, the U.S. Secretary of State John Kerry reiterated the  “very important” strategic relationship between Cairo and Washington D.C., adding that Egypt is “a leader of the Arab world in no uncertain terms”.

Egyptian-U.S. ties have been strained since the January 25 revolution in 2011, and worsened after the ouster of former President Mohammed Morsi. However, the recent return of military aid and efforts to boost bilateral ties have seen a warming of ties despite some caution on Egypt’s behalf.