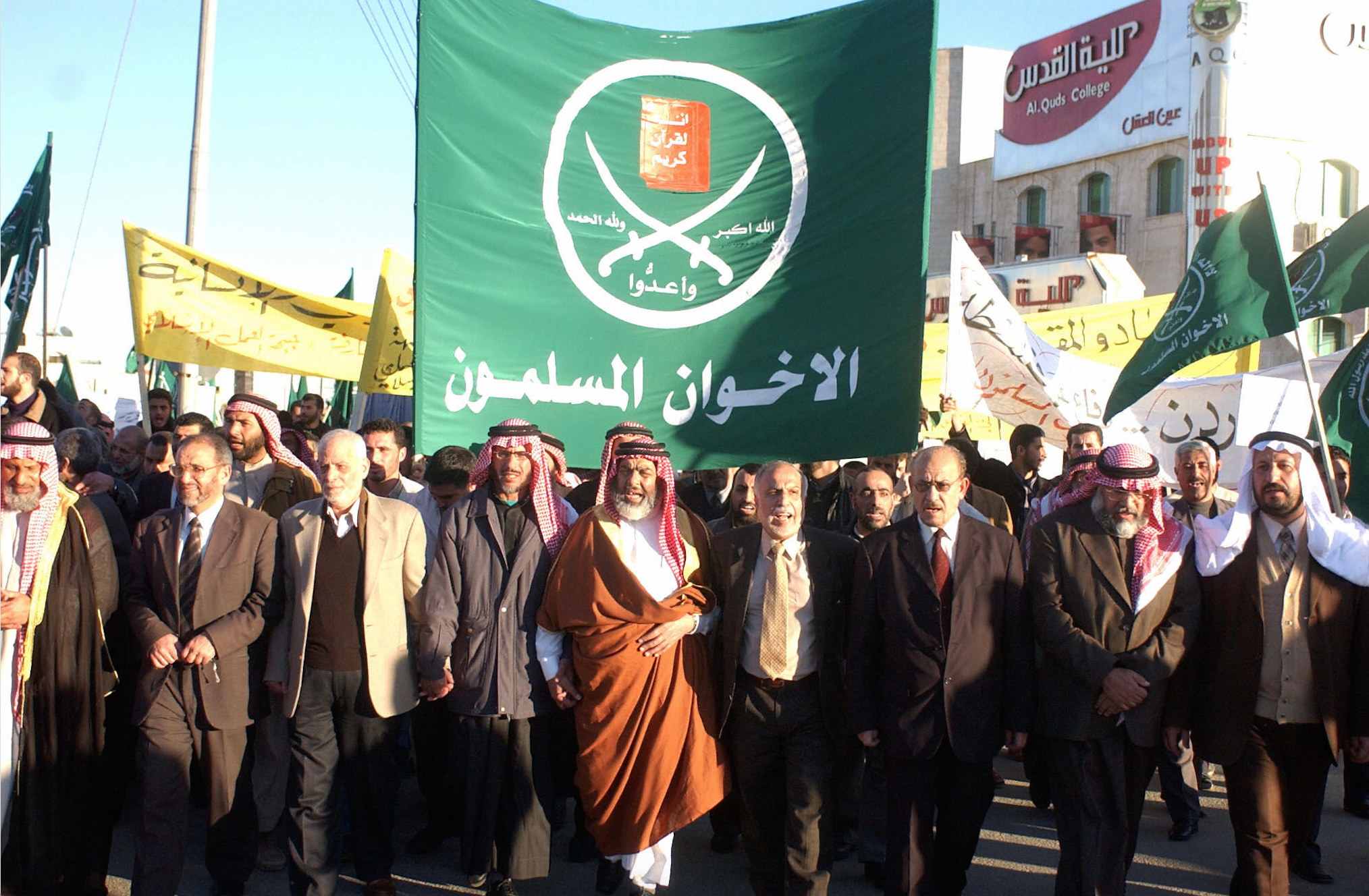 The Jordanian branch’s decision-making body, or Shura Council, decided late last week to make amendments to its bylaws, removing “affiliated with the Muslim Brotherhood in Cairo” from the movement’s definition.

The change was first proposed three years ago and has, according to Adaileh, since then been under discussion within the ranks of the organization. He denies claims that the amendments came in response to the state of crisis that the movement currently finds itself in, reflected in the hundreds of members who have defected since last year.

Another spokesman, Moath Khawaldeh, said that the recent move is part of a reform effort ahead of internal elections within the organization, which are due to take place next month. In that light, improving the domestic image of the group has become a high priority as the rhetoric of leaders and the media at the regional level has in recent years become increasingly hostile towards it.

The decision comes amid increasing setbacks for the wider Muslim Brotherhood, which was once considered the primary political beneficiary of the Arab revolutions that swept the Middle East in 2011, but has since 2013 suffered greatly from harsh government crackdowns – particularly in Egypt.

The most recent crisis of the Muslim Brotherhood-Jordan began when a group of reformist Brothers headed by Abdul Majid Thneibat re-registered the group as a Jordanian “society,” cutting ties with the Egyptian parent organization.

The original movement saw more than 400 defections late 2015, many of whom joined three splinter groups – Thneibat’s Muslim Brotherhood Society, the Zamzam Initiative and the Partnership and Rescue Committee.

According to Jordanian analyst Ibrahim Gharaibeh, the original core group – represented politically by the Islamic Action Front – realized that the Egyptian parent organization had come to be seen as an increasing liability, raising concerns about the Jordanian branch’s ability to mobilize political support in the kingdom. This ultimately led to the decision to sever relations with the Egyptian parent movement.

The three breakaway groups have taken a pragmatic position domestically, a contrast to the more hawkish attitude of the core Brotherhood movement. The main sticking points were related to whether or not to participate in political elections in Jordan and the character of relations with the Egyptian parent organization and the Gaza-based Hamas movement, which is the Brotherhood branch in Palestine.

Rheil Gharaibeh, former Brotherhood leader and founder of the Zamzam Initiative – a moderate group with a national platform – claims that one of the main reasons for the internal polarization within the Brotherhood movement had to do with its affiliation to the Egyptian mother group.

“We called for this change three years ago but our request was rejected,” he told Jordan Times. “It is too late for this modification,” he added, arguing that the current Brotherhood leaders are “trying to rescue what they can” of a decaying organization.

The Muslim Brotherhood in Jordan was licensed in 1946 as a charity organization and relicensed in 1952 as an Islamic society.

Although historically operating as a loyal opposition to the palace and having a significant domestic support base, the movement has in recent years faced difficulties amid the growing instability in the region, which has dampened domestic appetite for political protests.

The recent internal splits and public disinterest in protests have come against the background of several Arab countries, including Egypt, Saudi Arabia, and the United Arab Emirates, declaring the Muslim Brotherhood to be a terrorist organization.