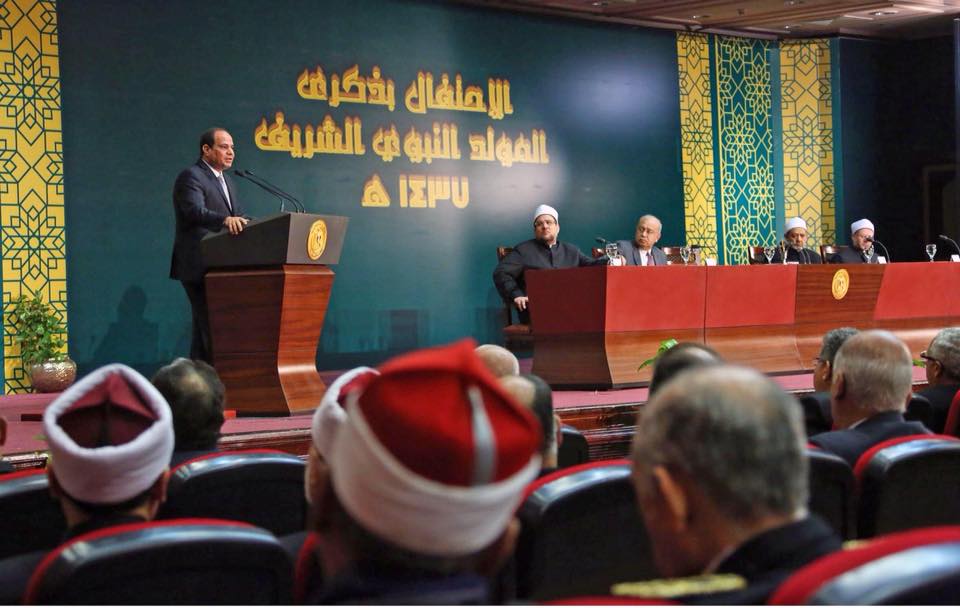 Citing “damage to religious discourse,” Al-Azhar’s Council of Senior Scholars, which is headed by Grand Sheikh Ahmed al-Tayeb, rejected the policy which was implemented by Egypt’s Ministry of Religious Endowments.

The Council said that relying on pre-written sermons makes imams less capable at their jobs and hinders their ability to counter extremism.

Instead, the Council recommended that imams should be provided with greater training and capabilities to tackle extremism.

The Council’s recommendation comes days after the President of Al-Azhar Univeristy ignored the pre-written sermon and delivered his own, arguing that the policy does not apply to Al-Azhar’s preachers.

Despite the statement by the Council, Egypt’s Ministry of Religious Endowments said it would move ahead with the identical sermons.

The policy was introduced to tackle extremist religious discourse, something that President Abdel Fattah Al-Sisi has repeatedly stressed.

Last month, the Egyptian President renewed calls for a revolution in Islamic religious discourse, urging top Islamic scholars to “purge” Islam of “flaws” and to push back against extremist discourse.

In February 2014, Egypt’s Religious Endowments Ministry ordered that all Friday sermons at mosques be regulated by the government. The then-new policy saw a topic being chosen by the Ministry each week for imams to talk about.