Hello Cannes, this is Arab Cinema!

On May 9, 2018, the first day of the Cannes Film Festival, I excitedly got onto the train direction “Cannes Ville”. As I sat down, I noticed that the lady sitting next to me was holding the Official Cannes 2018 planner. She was looking at the schedule for the next upcoming days, and making notes of the screenings she wanted to attend. Before I could say anything, I found her jotting down in her notebook: “Yommedine, 18H ce soir” (Yommedine, 6PM tonight). Though I had already known Yommedine, had made it into the official selection, it was astonishing to see it become reality 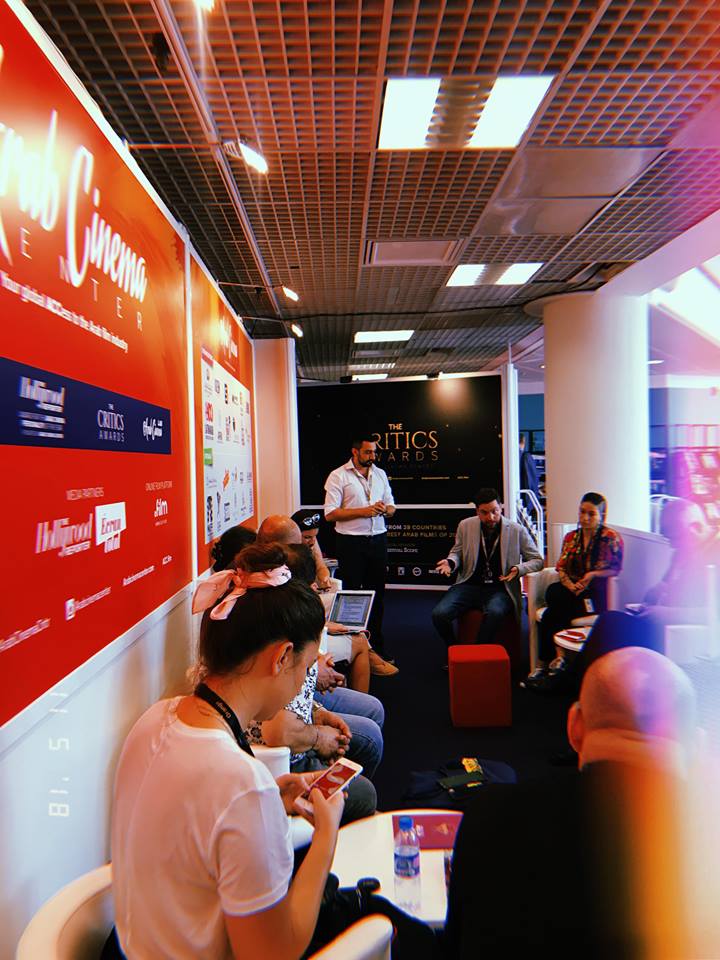 Once arrived to the Palais des Festivals, I made my way to the Arab Cinema Center’s stand in the Marche du Film. The Arab Cinema Center was founded a few years back, as an initiative to promote the Arab film industry at international film festivals and markets abroad, as well as to create à network of producers, directors, distributors and the like, both Arab and foreign, to encourage collaboration and facilitate new projects. The stand was consistently bustling, between meetings and passersby coming to pick up the ACC’s quarterly magazine – whose newest edition focused on the top 100 names to look out for in the Arab Film Industry. Amongst the people scurrying around the stand were Mohamed Hefzy, the renowned Egyptian producer, and Director of the Cairo International Film Festival, and Patricia Chica, the director of “Montreal Girls”, starring Egyptian rising star Ahmed Malek. On our way out from the Palais, we were swarmed by dozens of cinema-goers holding signs saying “Yommedine Tickets please!”. Once again, I could not hold in a big smile, overcome by pride at the fact that so many people, from the four corners of the world, would reunite in the Theatre Grand Lumiere later that night, to watch a film about the adventures of a leper and an orphans across rural Egypt. The feeling resurfaced as I watched videos of the standing ovation director A.B. Shawky and producer Dina Emam received at the end of the screening.

This, however, was only the beginning of Arab cinema’s successes at the 71st edition of the Cannes Film Festival. A few days later, the top names of the Egyptian, and Arab, entertainment industry, gathered at the official El Gouna Film Festival party – to celebrate the achievements of Arab films at Cannes, and to prepare for the upcoming second annual edition of the festival, taking place next starting September 20th, 2018. Shortly after, the regroup reconvened at Plage Le Goeland for the second version of the Arab Cinema Center’s Critics’ Awards. Maher Diab and Alaa Karkouti, the center’s founding partners, proudly announced the winners, including actor Mohamed Bakri, and director Ziad Doueiri.
The following day, I decided to pass by an event organized by the United Nations High Commission for Refugees and the IEFTA. Humanitarians and filmmakers gathered to honor the role cinema can have in order to relay the stories of the millions of people who find themselves displaced due to wars and other difficult political or environmental situations. Once again, Arab cinema found itself in the spotlight, with “Beyond the Raging Sea”, a documentary about Egyptian adventurers Omar Samra and Omar Noor’s crossing the Atlantic. Comedian Bassem Youssef and Actress-Architect Shahira Fahmy were those amongst the crowd present to congratulate them. That night, movie fanatics huddled by the Cinema de la Plage to watch a classic Egyptian movie, Al Massir by Youssef Chahine on the beach, as a part of the CineClassics program of the festival, in the presence of acclaimed Egyptian director and producer, Marianne Khoury – Chahine’s niece.

This year however, Arab presence at Cannes expanded beyond the walls of the Palais. Outdoors, in the Village International, countries including Algeria, Jordan, Lebanon, Morocco, and Tunisia, held pavilions were festival goers could go to inquire and discover about the films and cinema industry of these countries. The Palestinian and Saudi Arabian pavilions made history – being the first these respective countries have at Cannes Film Festival – proving Palestinian resilience and determination, and Saudi’s desire to change course with its new relaxed entertainment laws. On May 15th, dozens of filmmakers from around the world gathered by the Palestinian pavillion to stand in silence in solidarity with the hundreds killed and injured in Palestine following the protests for the Right of Return, as the flag was brought down to half-mast. 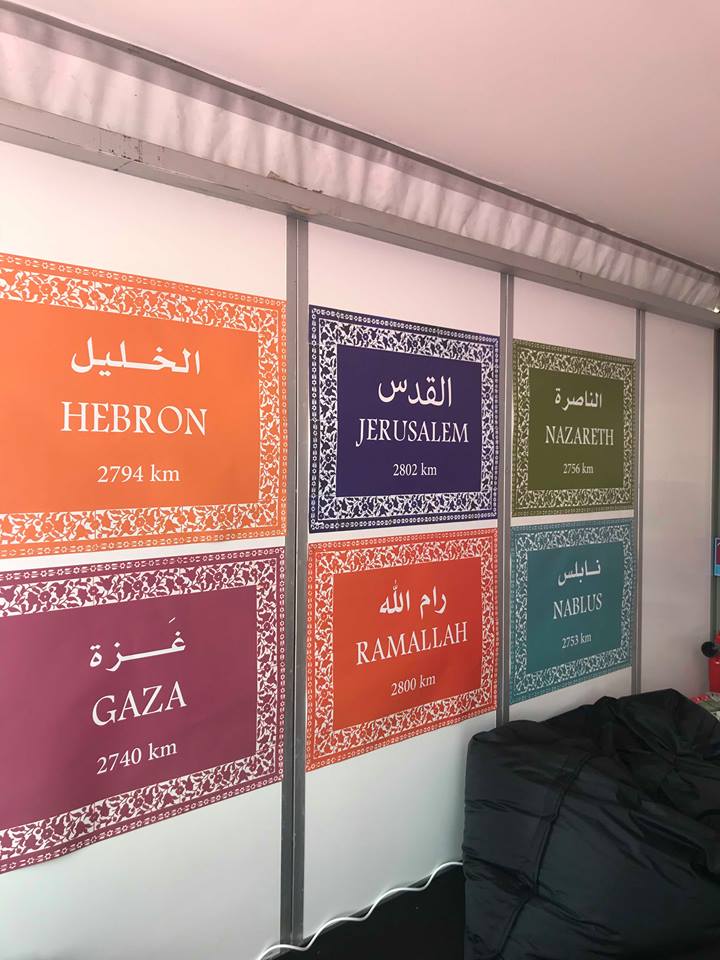 If all these initiatives weren’t convincing enough, Nadine Labaki’s film Capharnaum’s big win proved to the world that Arab cinema is back, and it’s back for good! With Ahmed Malek being cast for Montreal Girls, Egyptian actor Mena Massoud playing Aladdin in the upcoming live-action film due to come out in 2019, Mohamed Ben Attia’s film “Dear Son” receiving international sales after its debut at Cannes, and Saudi Arabia heading into the entertainment world head first with the ‘The Perfect Candidate’ being the first Saudi film backed by the Saudi Film Council and partnerships being made between firms such as IMAX and Image Nation and Saudi firms such as MBC, we can expect the next few years to be a new exciting, and golden age for Arab cinema.