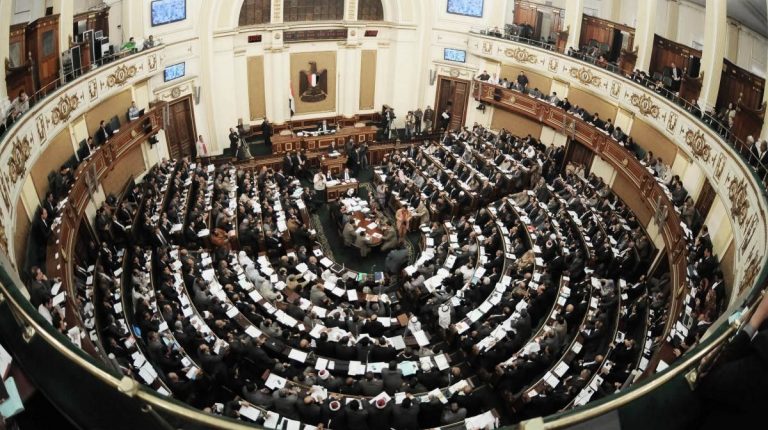 The Egyptian parliament passed a new legislation regulating the work of media outlets, journalists and the Higher Council for Media on Sunday.

The legislation, which enables new restrictions on social media users and bloggers, sparked criticism from legislators and activists alike. The new law has been accused of stifling free speech.

Al-Masry Al-Youm reported that the new law had been presented to the parliament on Sunday morning, giving the members little time to debate it.

One of the most significant changes in the law was the subjection of social media accounts or blogs with 5,000 followers or more to the same laws, particularly Article 19, governing traditional media outlets (newspapers, new websites, T.V programs).

The law states in Article 19 (Chapter 3) that newspapers or media outlets are prohibited to spread “false information” or any material that “incites hatred, discrimination or violence”. It also prohibits any rhetoric that involves “libel and insult of Abrahamic religions or religious beliefs”.

The parliamentary session held on Sunday did not include GalalAwara, the Under Secretary of Culture and Information Committee, as he protested the law by not attending. He told Mada Masr that he has “many reservations on the new law” and that he “refused to attend in order not take part in the crime of passing it,”

Ossama Heikal, the Head of Culture and Information Committee, announced in the session that all relevant bodies and syndicates have been consulted over the span of 39 hearing sessions, and blamed the delay in drafting the law on the Journalists Syndicate.

Doctor Ali Adel-Aal, the Speaker of The House of Representatives, also said that the opinions of important bodies have been taken, such as The Supreme Council for Media Regulation, The National Press Agency and The National Media Authority. He also commented on the new amendment, saying that “the freedom [of the blogger or account] is curbed when it infringes upon the freedom of the society as a whole”

Meanwhile, the MP Talaat Khalil criticized the law, saying that some articles would “eliminate freedom of speech and expression”.

One of the main critiques of the new legislation is the member of Culture and Information Committee, Ossama Sharshar. He expressed his objection to the passing of the law, as he wanted to be redrafted and presented to media experts and pertinent syndicates. He also advocated for special hearings with media professors to discuss the law in more detail, a suggestion later rejected by Abdel-Aal, the Speaker of the House.

Sharshar told Mada Masr that the Culture and Information Committee sessions, which Heikal talked about took place with the members having no copies of the legislation under discussion. Whenever the committee members requested copies of the law, they were told that the copies were still with the government.

As for the final version of the law, Youssef el Kaeed, a member of the Culture and Information Committee, said that the output was different from what was being discussed in the sessions. A statement also echoed by Sharshar.

The new legislation comes in the light of a recent wave of arrests of influential bloggers, such as Wael Abbas, the award-winning blogger, and Hazem Abdel-Azim, a former campaigner for Al-Sisi who switched camps to being staunchly anti-government. Both activists are accused of belonging to a terrorist group and “spreading false news” and are still pending investigation.