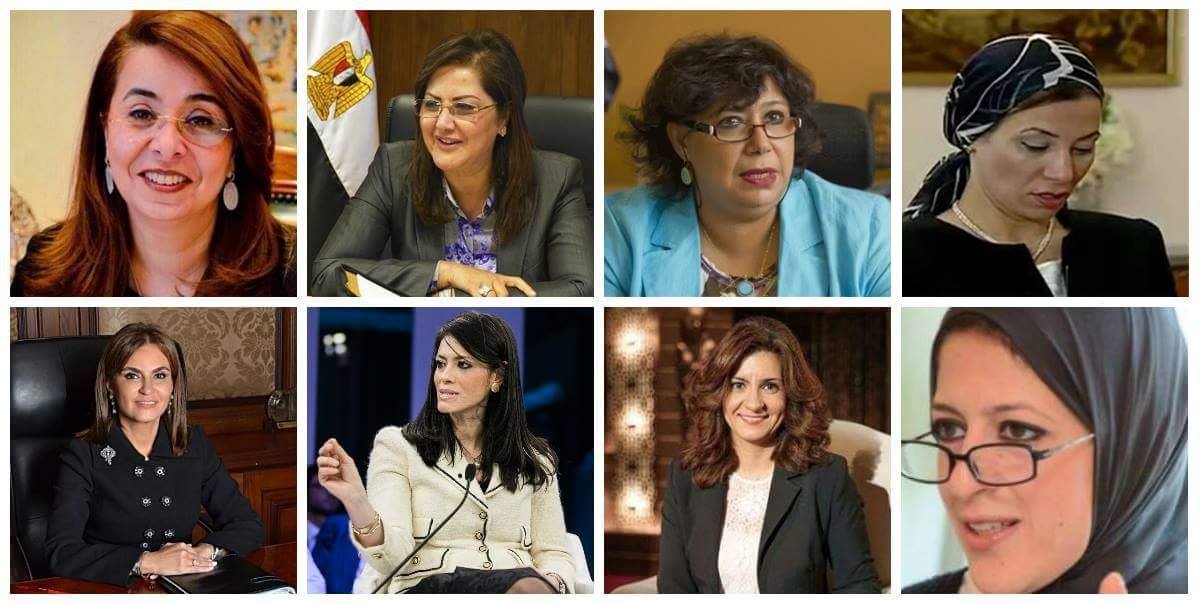 Mostafa Madbouly, the newly appointed Prime Minister, alongside his cabinet, took oath on Thursday in front of President AbdelFatah El-Sisi. For the first time in Egyptian history, the cabinet has a total of eight female ministers.

Madbouly has appointed two new female ministers, in addition to the already existing six in the outgoing cabinet.

The newly appointed female ministers are Hala Zayed for the Health ministry, and Yasmine Fouad, for the ministry of State of Environmental Affairs.

Dr. Hala Zayed was presiding over the 57357 Academy of Health Sciences. She was also the Chairwoman of the Supreme Committee for Combating Corruption at the Ministry of Health and an advisor to the Minister of Health and Population.

The cabinet reshuffle includes the Health, Environment, Agriculture, Finance and Trade and Industry ministries. It also included the ministry of Interior as well as the ministry of Defense. Making the total number of newly appointed ministers: twelve.

Last Thursday, President Abdel Fatah El-Sisi appointed Mostafa Madbouly as the new Prime Minister after being sworn in for a second term as president. The appointment came after the former Prime Minister Sherif Ismail had submitted his resignation to the president.

Ismail had appointed two females ministers in a cabinet reshuffle that took place in January 2018 which included Rania El Mashat as minister of tourism and Enas Abdel-Dayem as minister of Culture.

Ismail’s cabinet was the first cabinet in Egyptian history to have a total of six female ministers, constituting 17.6% of the ministers.

The female ministers in the outgoing cabinet are:

The other cabinet positions in Thursday’s reshuffle: