Egypt’s World Youth Forum: the Good and the Bad 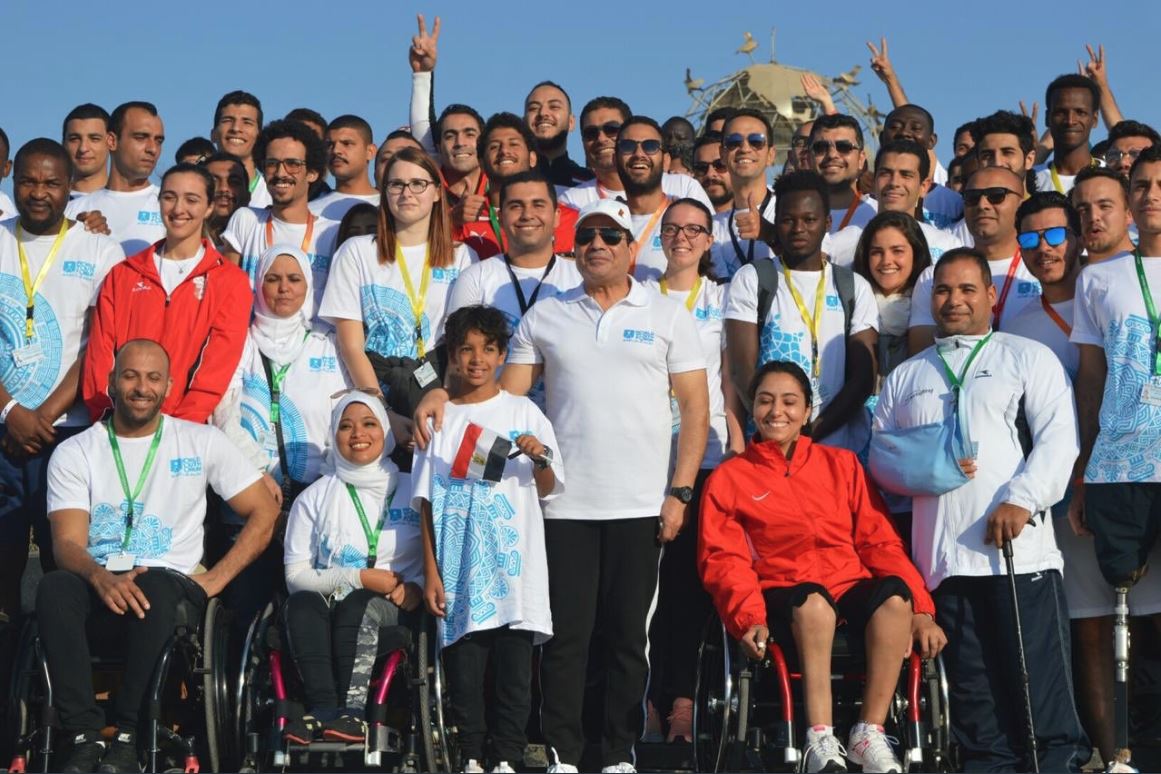 Egypt hosted the second edition of the World Youth Forum (WYF) earlier this month. More than 230,000 people from around the world applied to attend the four day conference in Egypt’s sunny Sharm El-Sheikh and discuss topics relating to peace, development and creativity.

While the second edition of the forum saw a marked improvement in technology use, information availability, marketing, and venue facilities, there were significant setbacks that held the WYF back. 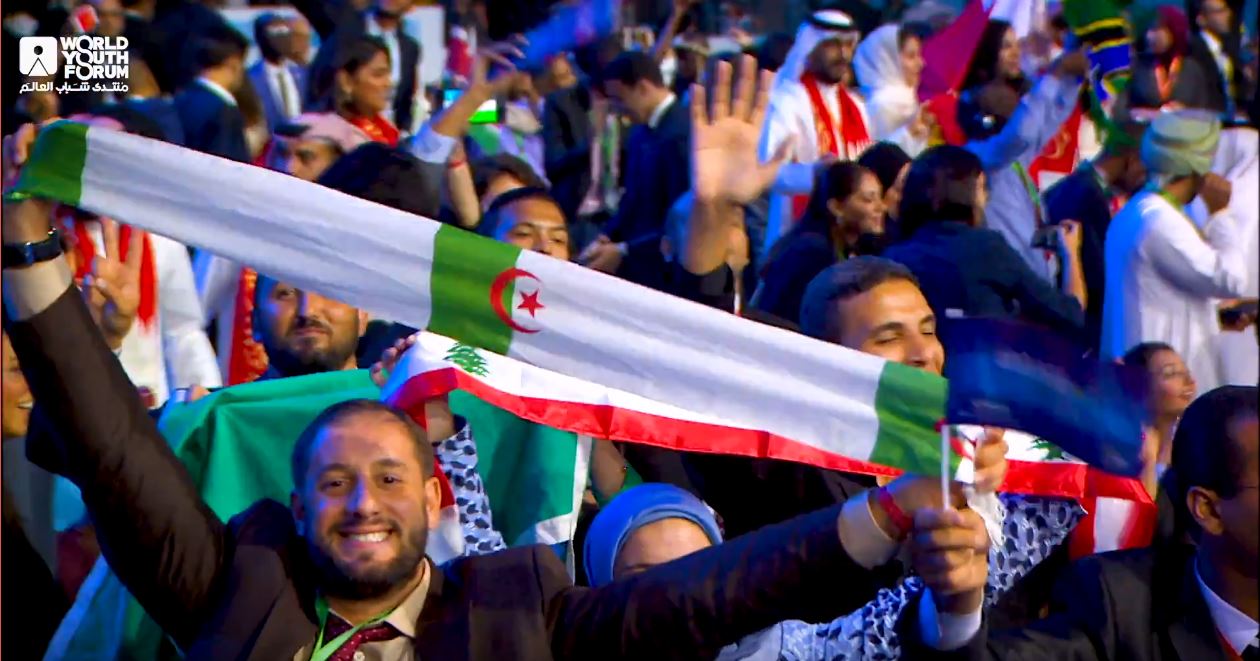 Among the WYF’s key aims is an aim to build a platform that “engages youth from around the globe in [an] enriching set-up, allowing them to exchange views and recommend initiatives to decision-makers and influential figures…[providing] a chance to engage with top policymakers”.

According to organizers, the second edition of the WYF saw the participation of 345 speakers across 43 sessions. Though anyone could apply to be a speaker, the majority of the speakers (at least in the main/bigger sessions that were routinely attended by Egypt’s President Abdel Fattah Al-Sisi) appeared to have been invited separate from the registration procedure and were not youth.

This meant that the only opportunity for many of the young attendees at the WYF to participate would have been through the asking of questions throughout the various panels and discussions or participation in one of the many excellent pre-forum workshops (such as the one on empowering persons with disabilities).

Unfortunately, there was never time for any questions – the audience, which consisted of the youth, was never engaged with.

In one session, United Nations Syria envoy Staffan de Mistura asked the panel moderator to open the floor for questions, noting that youth involvement on the topic ‘rebuilding societies and states in the context of post-conflict’ is key. The floor was opened for just two questions, seemingly selected at random: one was asked by a Russian journalist (not a youth attendee) and another by an organiser.

As such, the WYF’s key sessions mostly consisted of lectures being provided by experts, influential figures and decision-makers – the majority of whom would not be considered youth – with little to no opportunity for the youth to provide their input, recommend an idea, share their experiences or even ask a question.

Outside the panels and discussions, most experts were too ‘VIP’ to be seen roaming around the halls of the stunning conference center. While this meant that youth participants were able to network with other passionate youth from around the world, there was rarely an opportunity for the youth to have their voice heard by the people who are in decision- and policy-making positions.

Finally, the first 10 rows of the main hall were normally dedicated to ‘VIPs’, with only a few young foreigners carefully selected by organizers to sit on the special brown leather chairs at the front of the main-hall alongside figures such as Egypt’s President. As this is the World ‘Youth’ Forum, youth should be at the forefront of every event – even if that means an older-aged VIPs sit at the back. For a youth event’s first 10 rows to only consist of mostly non-youth should be unacceptable. 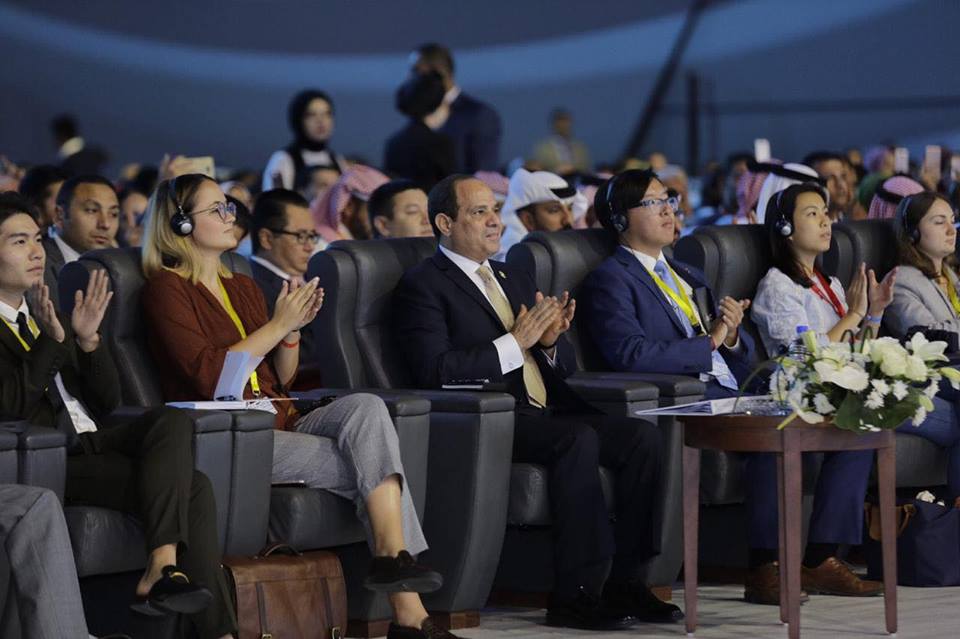 Recommendation: The WYF is a forum that hosts panels, round table discussions, workshops and more. A panel or discussion should not simply just consist of each speaker giving a 5-10 minute speech. There needs to be actual discussion between the panelists/speakers, actual debate and engagement with the topics at hand, and a space for the audience, and especially the youth, to meaningfully participate. Additionally, youth should be at the forefront and not just be used for window dressing.

Ahead of the conference kicking off, the WYF’s social media pages shared a number of impressive videos promoting the event.

The impressiveness of this production value continued once the conference kicked off, with a number of beautifully-crafted and well-presented performances, films, promotional material and more.

Arriving at both Cairo International Airport and Sharm El-Sheikh Airport, large banners and posters promoting the event could be seen throughout both airports. Help desks were set up to assist the 3,000 foreign attendees upon their arrival, and special buses and vehicles were available to take attendees to their hotels and to the conference centre.

Meanwhile, the opening ceremony saw an original anthem ‘From Everywhere’ that featured singers from Egypt, Indonesia, Greece, South Africa, Italy and the United Arab Emirates singing about the power of diversity.

A stunning short-film by filmographer Reem Mostafa also premiered at the opening ceremony and explored the diverse cultural roots of Egypt. The short-film ended to great applause and has been highly praised.

Beyond the opening ceremony and the equally impressive closing ceremony, each session was generally professionally-crafted, with many commenting that the overall production of the WYF rivaled, if not surpassed, other global conferences.

Unfortunately, the high-quality production of each session was strongly let down by awful translations (particularly Arabic to English and English to Arabic translation). While attendees were all able to obtain translation headsets either within sessions or outside from various desks located throughout the center, many attendees complained the translations were often non-nonsensical, slow, skipped entire sentences and just generally poor.

Recommendation: For the third edition of the WYF, organizers should ensure that the impressive production and marketing is matched by equally impressive translation. There are attendees from more than 160 countries, as such it is key to ensure that translation is top-notch.

The Bad: Logistics and Registration

Registration to attend the WYF opened in August 2018 and closed in mid-October – just two weeks before the conference kicked off.

The tight time-frame stands out in comparison to other global events, which often open and close registration many months in advance. On social media, many complained that the tight time-frame did not provide them with enough notice (i.e. for work, study or visa purposes) and resulted in a lot of uncertainty and unfairness.

For example, some attendees said they received their flight tickets less than 24 hours before their flight departure. Others complained that they had been accepted as panelists and speakers, but received no information until a few days before the event – leaving them with little to no time to prepare.

Additionally, the short time-frame meant that many people who registered to apply were overlooked simply due to time constraints. Perhaps organizers did not expect more than 200,000 to apply – but that’s what happens when your marketing and production is of very high quality.

Apart from the time-frame, the quality of attendees who were accepted to attend the WYF varied – some were even not youth or had attended previously (and had no qualification or experience to permit them to be invited once again in the place of someone who has never been provided the opportunity).

While many had exceptional qualifications and achievements, many others appeared to have been accepted randomly and had little intention to engage in the forum beyond getting a free trip to Egypt.

Finally, the time-frame meant there were a number of logistical mishaps. One source told Egyptian Streets that one of most prominent businessmen, who featured heavily in the first edition of the WYF, was not invited until after the conference had commenced.

Furthermore, a number of opening and closing speakers – some of whom are very prominent and influential figures globally – were ignored, dismissed, and often left to scramble for themselves. This ranged from opening and closing speakers arguing with security to let them through to the events they were speaking in, to the speakers being forgotten when it came to attendance at key events.

Recommendation: Registration should open at least nine months in advance and close at least six months before the conference commences. This would provide registrants who are accepted enough time to prepare (whether it’s their topics of discussion or notice they need to provide to work/educational institutions). It would also provide organizers with more time to screen and select both attendees and speakers. Organizers may also consider a more complex registration process – and perhaps an interview – particularly given that attendance is fully-funded.

The Good: Technology Use 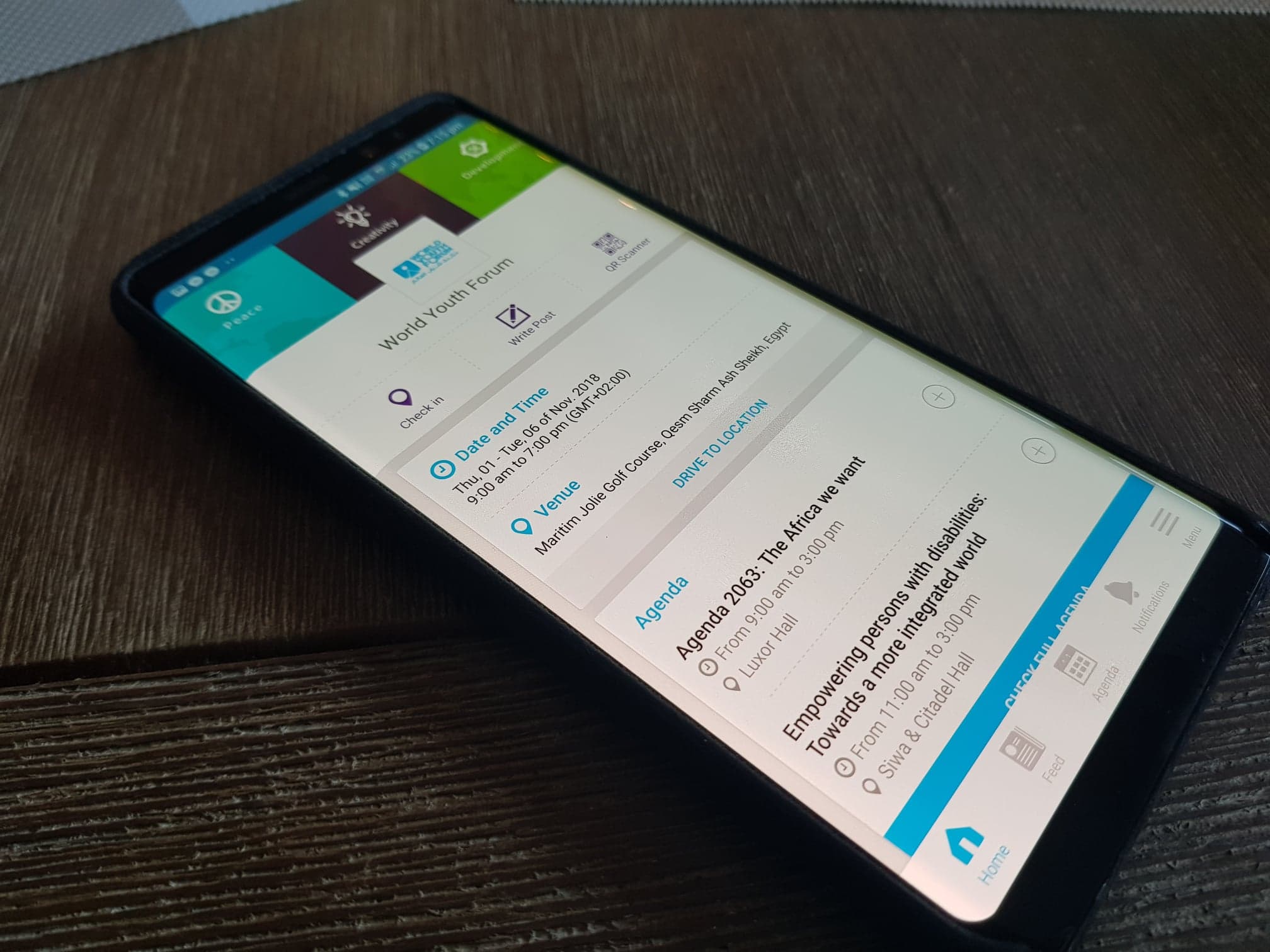 While registration had its issues, the use of technological solutions was first-class.

Both attendees and speakers were able to register fairly seamlessly through the WYF’s portal and were invited to download a mobile application (for both iOS and Android devices) that allowed them to communicate with other attendees, answer polls, view a detailed schedule, register their interest for particular sessions, and much more.

Recommendation: Technology should continue being at the forefront of organization and should not be cut back in the third edition. Many attendees said it would be great if all sessions were watchable on their mobile phones – either during or after the sessions ended.

The Bad: No Foreign Media

If you search ‘World Youth Forum’ on Google News, chances are you will not find any press about the event from any international press (beyond Arab and some African outlets).

This is because there did not seem to be any foreign press attending the WYF, beyond journalists working for Arabic-language outlets in various countries (i.e. Middle Eastern and North African countries and Russia). 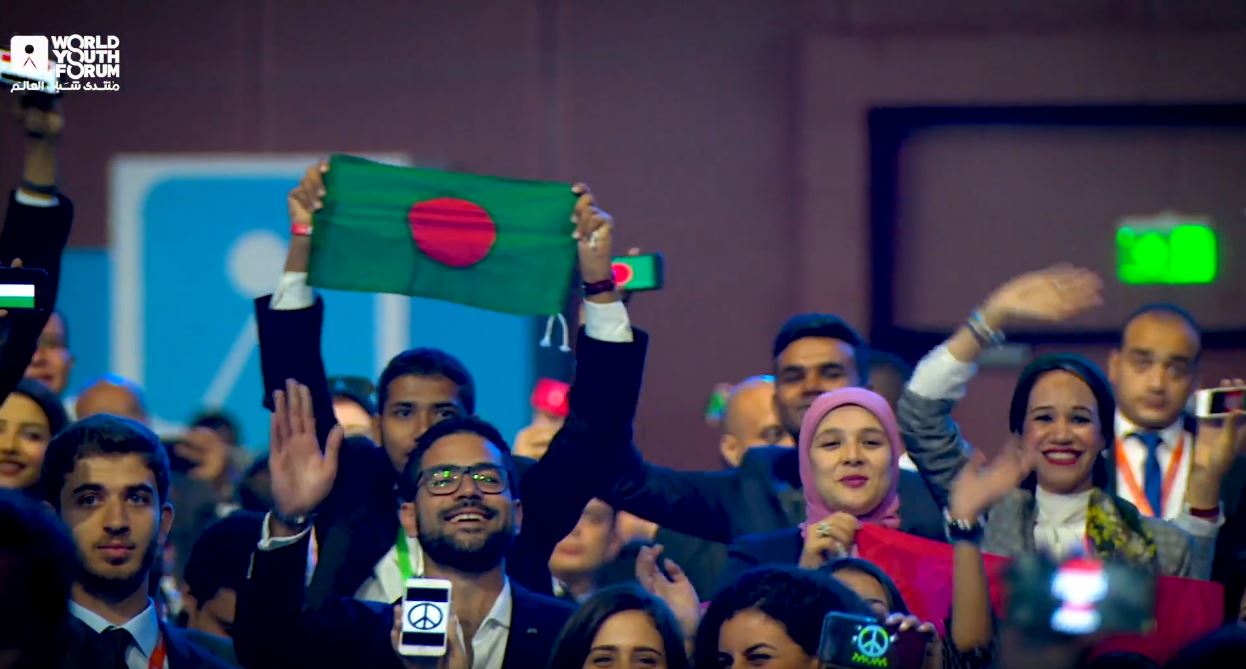 Despite its shortfalls, the WYF largely left all participants feeling impressed, hopeful, and grateful. Beyond creating a platform for the youth, the WYF is a great representation of what Egypt is able to achieve – and also a great tourism campaign.

Many attendees, prior to the event, questioned whether Egypt was safe to visit for the purposes of the conferences. Many of those same attendees left the country with the impression that Egypt is safe, peaceful, beautiful, and capable of hosting and organizing events that outmatch other countries.

It is therefore a shame that prominent foreign (and particularly English-language) ow were not invited to attend and provide coverage of the event – to show the world that Egypt is safe and that its doors are open for everyone.

Recommendation: Invite prominent foreign media outlets to attend the third session of the WYF. It is a gold-mine for genuine, non-manufactured publicity that should not be ignored.

Will the Third Edition Succeed? 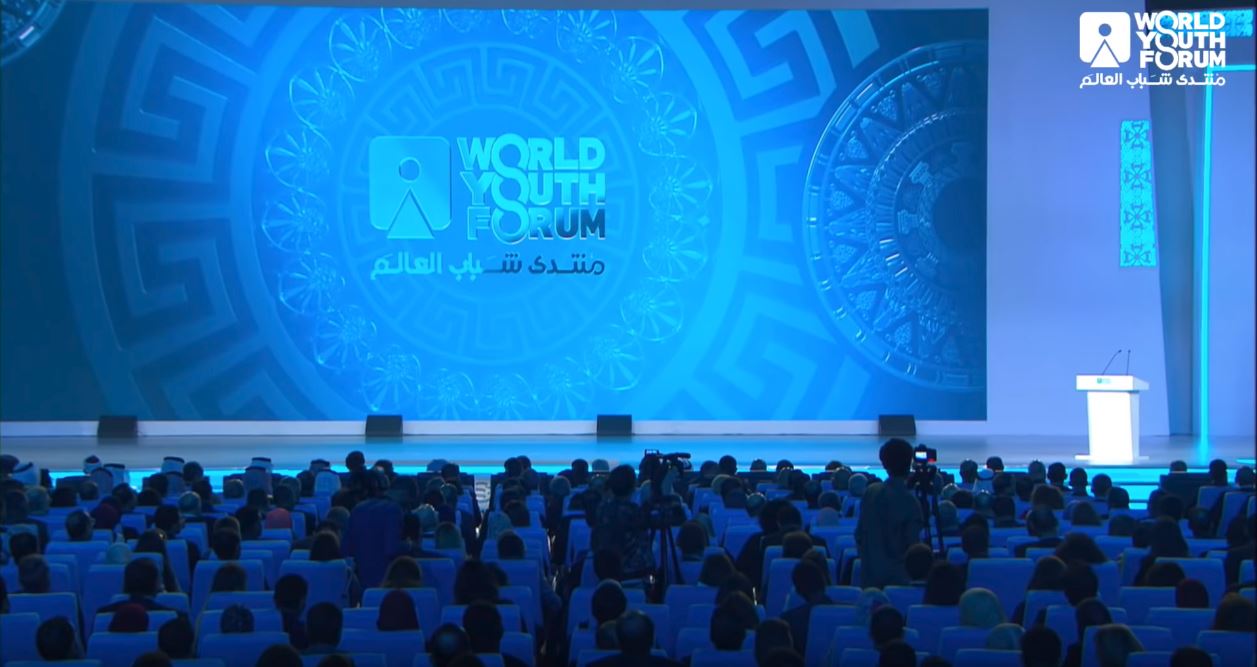 For the third edition of the WYF to succeed, there needs to be serious reflection regarding the performance of both the second and first editions: reflection about both the good and the bad.

That is not to say the second edition did not succeed – it was a great success and those who organized it should be proud. Attendees have all left the forum and Egypt on an overwhelmingly positive note despite any of the above.

This danger is because Egyptians often feel that criticism harms Egypt’s image or ignores the hard-work of the hundreds of young and passionate organizers who were involved.

On the contrary, criticism recognizes Egypt’s successes and the dedication all those involved put in organizing the event. Criticism means the event and all the effort exerted matters. By taking into account feedback and criticism, the only outcome is a positive one – one that will ensure the third edition builds upon the goals of the WYF and even makes a decisive difference in the world.