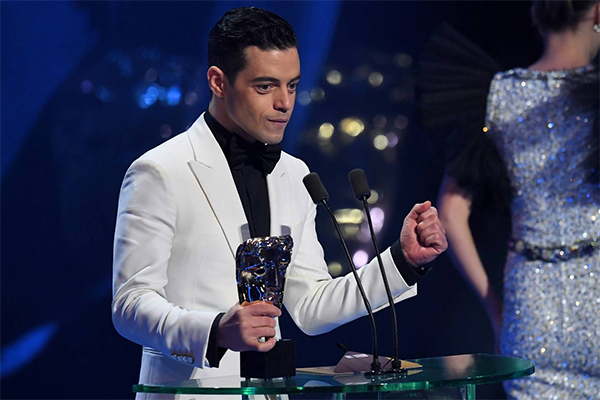 As he accepted the award, Malek said, “I am beyond moved…This is for and because of you, gorgeous,” while paying tribute to Freddie Mercury.

The film landed another award on the same name for Best Sound and it was nominated for several other categories including Outstanding British Film, Costume Design, Make-Up & Hair, Cinematography and Editing categories.

Queen guitarist, Brian May, also said that Malek deserved to be nominated for an Oscar for his ‘remarkable’ performance.

Bohemian Rhapsody was released early November 2018, and has grossed over $406 million worldwide, making it the highest-grossing musical biographical film of all time.

Rami Malek is also known for his lead role as Elliot Anderson in ‘Mr Robot’, which he won a Critics’ Choice Award and the Primetime Emmy Award for Outstanding Lead Actor.