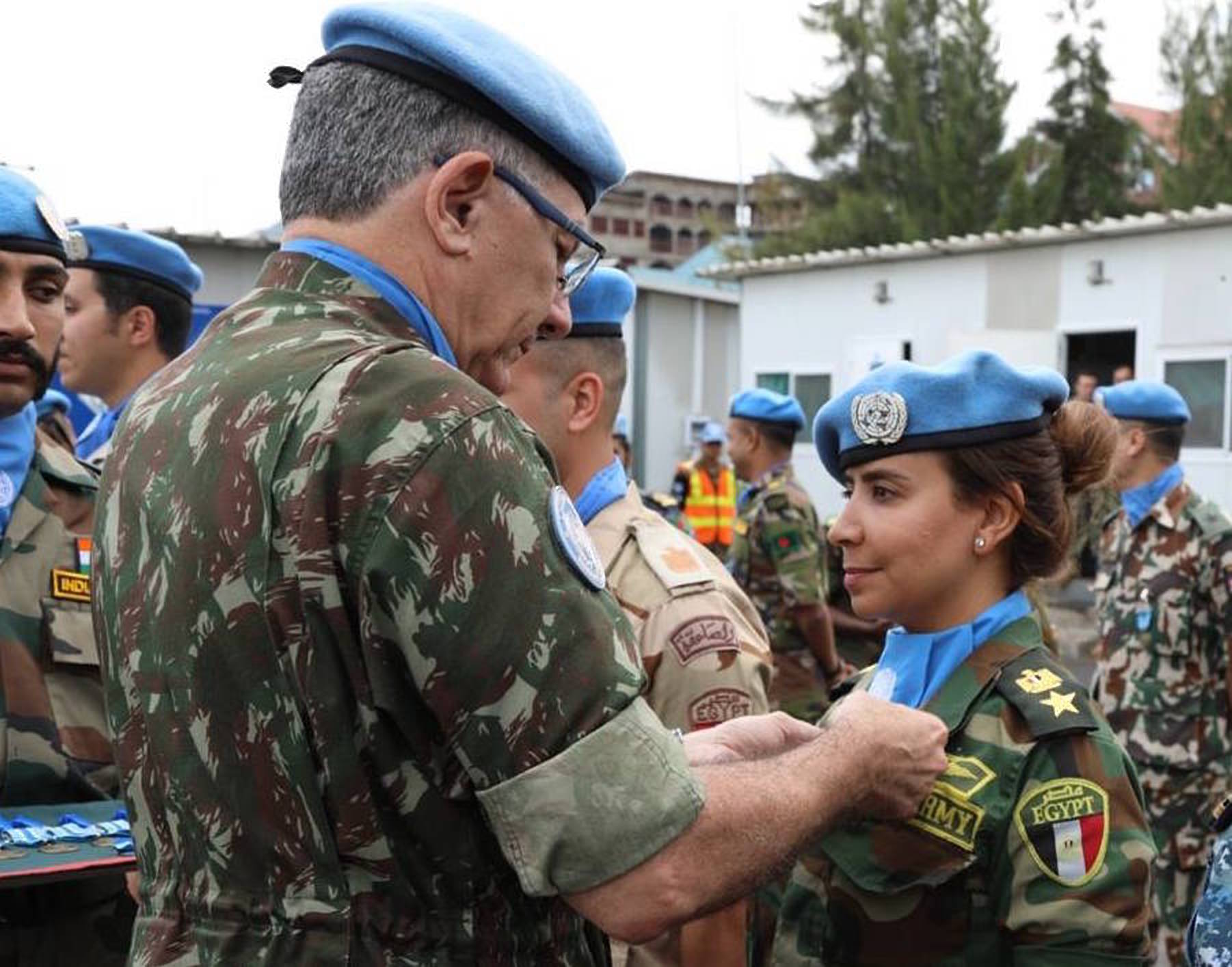 The female peacekeeper was among 51 military personnel from different countries at the ceremony.

Egypt’s Ministry of Interior has been increasing the number of women joining the peacekeeping forces throughout the years, as Egyptian Foreign Minister Sameh Shoukry stated earlier in 2018, with around 3,000 Egyptian men and women spread across the Congo, Mali, the Central African Republic and Darfur.

Nahed Salah is the first Egyptian woman to join the UN peacekeeping forces in 2014, in which she served as the head of the police department at the UN Peacekeeping Mission to Morocco.

Her main tasks included protecting local women from sexual violence and providing assistance to the survivors of sexual violence, in compliance with United Nations standard for their missions in troubled areas.

Women currently represent only 4 per cent of the more than 80,000 UN Peacekeepers, despite their key role in preventing sexual violence during and after conflict, and their unique abilities to engage with the communities they serve.

The inclusion of women in peacekeeping is significantly important, as women officers are more likely and capable of gaining the trust of the community and to address women’s vulnerabilities and needs.

To introduce gender lens in peacekeeping, The Female Military Officers Course, funded by the Governments of the Netherlands, Norway, Australia and Finland, has trained 340 women officers and held 10 sessions in India, China, South Africa and Kenya.

“Female military officers and soldiers need to go out, there is a real need, not just to make up the numbers because we stand at 4 per cent… There is need for more women to be on the ground, more women to deal with the victims and the most vulnerable…there is a need for women to walk in the streets unarmed and engage with the locals.” Captain Anaseini Navua Vuniwaqa of the Republic of Fiji Military Forces stated.