What Is So Significant About Mohamed Salah’s Yoga Poses?

Egyptian Streets
What Is So Significant About Mohamed Salah’s Yoga Poses? 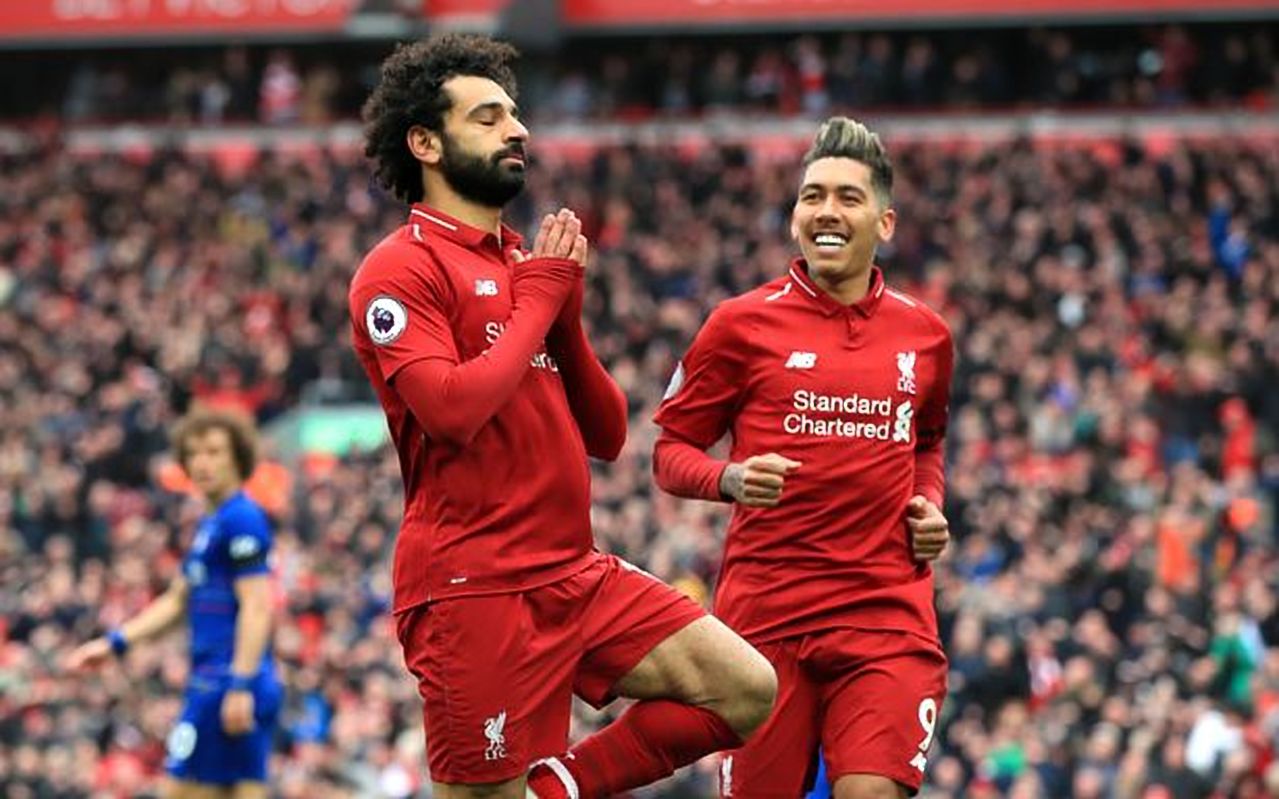 Last Sunday, after Mohamed Salah scored his spectacular goal at Anfield during the 2-0 win against Chelsea, fans worldwide were perplexed and confused with the ‘yoga pose’ he did as celebration.

Some fans saw it as a powerful response to the racist and Islamophobic remarks made against him, as a video of a group of Chelsea fans singing “Salah is a bomber” about Mohamed Salah was circulated online, sparking outrage.

This was the second Islamophobic incident in the space of a few months, which came after another video that emerged in February of a West Ham fan directing abusive chants at Salah because of his religion.

A picture is worth a thousand words.

Mo Salah with the most eloquent and magnificent response to idiot minority. One of the goals of the season. #LFC pic.twitter.com/DYJfTpvDom

The legend himself responded to the speculations, clarifying that it “simply came to his mind” as he practices yoga.

“I am a yoga man! I do yoga and it just came into my mind,” Salah told Sky Sports.

However, in light of recent events, it is important to also highlight the significance of Salah openly embracing other cultures outside of his own – that is, the Hindi and Buddhist philosophical traditions.

Though he still does the prostration performed in Islamic prayer after he scores a goal, Salah indirectly sends a powerful message of tolerance, harmonization between different cultures and taking the best message out of them.

In fact, at a surface level, most religious rituals hold the same core ideas of meditation, praise and performance, and even may share similar practices, such as the act of prostration in Islam that was also part of the old Jewish tradition.

In the research done by Raof Ahmad Bhat, titled “Unity of Health through Yoga and Islamic Prayer ‘Salah’” he explains how yoga postures share more similarities to Islamic prayer than one may think.

In salaat, or Islamic prayer, the act of meditation is significant as one is required to completely surrender to God an leave out all other life distractions – stressing on focus and serenity.

In yoga, meditation is also defined by Yoga International as an act where “the mind is clear, relaxed, and inwardly focused. When you meditate, you are fully awake and alert, but your mind is not focused on the external world or on the events taking place around you.”

According to Bhat, during the start of the salaat, a Muslim starts by standing straight with the hands placed in a manner above his chest to perform “Qiyam.”

This position helps in directing “the awareness of self in the world and controls the health of the muscular system,” and when the person opens his hands for duaa’ or prayer, the heart gets ‘activated’ and all the other muscles in the body are stretched with continuous body movement.

Similarly, in yoga, ‘Namaste’ means ‘I bow to you’, in which yogis place the hands together at the heart to increase the flow of divine love, while bowing the head, and closing the eyes.

The most important part of Islamic prayer is sujoud, or prostration, where the forehead touches the ground, and known to be the position where the Muslim is most near to Allah.

In Yoga, this pose is called Balasana (Child pose). This is a famous stretching pose that helps in releasing the pain or tension in the lower back, shoulders and chest.

As Bhat states, this pose is said to “activate the ‘crown chakra’ which is related to a person’s spiritual connection with the universe around them and their enthusiasm for spiritual pursuits.

In the face of hate, racism and Islamophobia, Mohamed Salah looks the other way to find balance, peace and tolerance.

Could Blood Tests be Indicative of Mental Health?

Meet the Women Taking Egypt One Step Closer to Sustainability

Get Your Groove On: 4 Music Events Happening in Cairo This Week

5 of the Best Coffee Places in Cairo

Tortuga: Mexican Delicacies in the Heart of Cairo’s Maadi

Reliving the Magic of the Past: Remembering 70s Egyptian Pop Band ‘El-Masryeen’