City Council President Tarek El Baz announced an initiative to prevent the use of plastic in the South Sinai city, Dahab, to protect the environment and marine organisms under the slogan ‘No Plastic’ in an attempt to turn the city into a plastic-free zone.

He added that alongside the awareness campaign are several voluntary cleaning campaigns with the help of youth, tourist organizations and diving centers to clean the beaches and the seabed.

The South Sinai reserves have launched another initiative in hotels and resorts called “Khali al-Bahar Yetnafes” or “let the sea breathe” for the definition and awareness on the seriousness of plastic.

Environmental activist Mohsen Jaafar told ElBalad News that the income of the city Dahab is the based on the environment which attracts tourists and must be preserved. He pointed out that plastic results in serious damage, including being a prime reason behind the death of coral reefs and fish.

Anwar Salem, a camp resident in the Blue Hole, said citizens should be committed not to use plastic and replace it with a natural alternative of soluble organic fibers.

Major General Khaled Fouda, Governor of South Sinai, has called on environmental associations and nature reserves to prevent the use of plastics and to find a safe alternative to plant fibers. 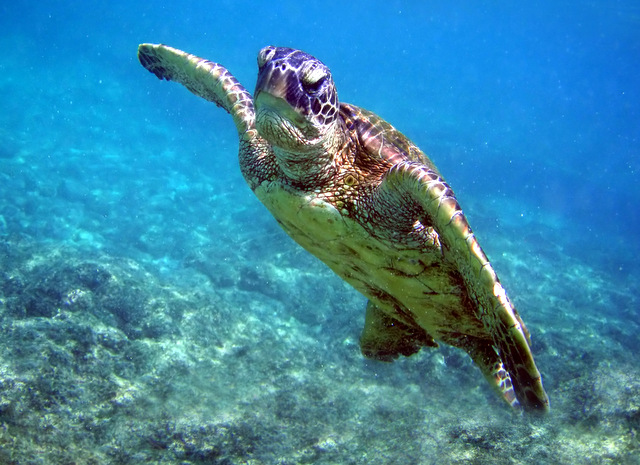 Early June, Egyptian Parliament member Anissa Hassouna submitted a proposal to abolish the use of plastic bags in Egypt to the Prime Minister and the Ministry of Environment.

Hassouna suggested replacing the envinromentally-harmful use of plastic bags for bags that are more eco-friendly.

The MP stressed the non-recyclability of plastic bags and their incapacity for quick decomposition which eventually results in their presence in seas and rivers, polluting and altering aquatic ecosystems.

Moreover, the Parliamentarian highlighted the adverse effects of these plastic bags being burned along with other garbage, as is a common waste practice in Egypt, on human health.

The ban of the single-use of plastics will apply on any food related outlets, including restaurants, coffee shops, supermarkets, groceries, butchers, fisheries, fruits and vegetables shops and pharmacies, as well as plastic cutleries like knives, plugs, plastic hooks, cups and dishes.

EU-funded initiative was launched by the Egyptian environment ministry in 2017 calling for “Enough Plastic Bags”, to eliminate the country’s dependency on plastic bags, due to their negative effects on the environment and the economy.

The initiative aims to encourage citizens to reduce their consumption of plastic bags and to shift towards more environment-friendly alternatives.