Egyptian Monuments Lit Up in Red in ‘Solidarity with China’ 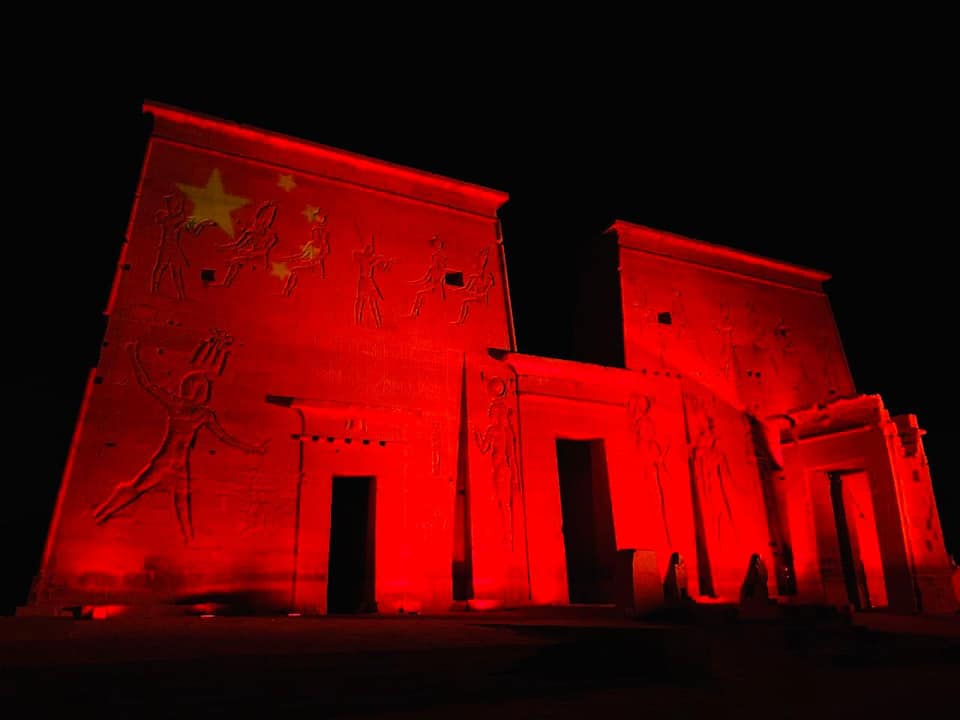 According to the Ministry of Tourism and Antiquities social media page, various historical sites in Egypt have been lit up in ‘red’ to feature the flag of China in solidarity with the Eastern nation which has been battling the coronavirus pandemic.

“Egypt illuminates the facades of Salah El-Din Citadel in Cairo, Karnak temple in Luxor, and Philae Temple in Aswan in red, the color  of China’s flag, as solidarity from the Egyptian people with the Chinese people to confront coronavirus,” read the Ministry’s post.

COVID-19, which originated in the now quarantined Wuhan city, has reached at least 47 countries and affected more than 89,000 cases worldwide, with 80,000 cases in mainland China alone.

The virus’ pandemic has had debilitating political, social and economical consequences worldwide: schools have temporarily closed in Japan, Saudi Arabia has suspended Umrah pilgrims from entering the country, tourism has been severely hit in eastern Asia with holiday makers changing their travel plans due to the disarray of the virus’ status, airlines have suspended travel to and from China, and there has been increased instances of racial attacks against Asian and Chinese nationals in many countries due to misconceptions on the virus’ transmission.

Recently, in the Middle East, more than 1,200 cases have been reported in Iran, the United Arab Emirates, Kuwait, Bahrain Oman, Israel, Lebanon, and two cases in Egypt.

Mid-February, the Egyptian government announced that it discovered the first case of coronavirus in the country. The subject was found to be a recovered foreigner, according to a joint statement by the WHO and the Ministry of Health.

Since, another case of  of another foreign individual was announced publicly, bringing the number of infected to two. However, days ago, France’s health minister Olivier Véran confirmed that the European nation received 20 new coronavirus cases, including two people who are in serious condition returning from Egypt, Local France reports.

The news shed light on the uncertainty on the number of afflicted in the Middle East’s most populated nation despite the Ministry of Health’s statement that only two cases were noted. Many, not keen on taking the risk of contamination, have resorted to wearing masks in the streets of Cairo with the majority retaining them in crowded areas such as in the underground metro.

The increasing number of cases has prompted alertness in the Egyptian government, with President Abdel Fattah Al Sisi urging stronger precautionary measures and a contingency plan in a meeting with Minister of Health Hala Zayed and Prime Minister Mostafa Madbouly.

Contrary to popular belief – and despite the deaths of more than 3,000 individuals – those affected can recover from COVID-19 as noted from over 45,000 recovery cases.

As the number of cases of coronavirus spreads, with the first case in the Middle East detected in the United Arab Emirates on Wednesday, a real-time map is now tracking the spread of the outbreak globally with the full list of confirmed cases and deaths.