Coronavirus in Egypt: Panic Buying As Total Rises to 126 Cases

Egypt’s Ministry of Health and the regional office of the World Health Organization announced 16 new cases of COVID-19 late Sunday, raising the confirmed cases of the novel coronavirus in the country to 126.

The new 16 cases include eight Egyptians and eight foreigners who were in contact with previous cases as the ministry is regularly monitoring the spread of the disease across the country.

Schools and universities have been shut down for two weeks as of Saturday, and the Egyptian President also announced that EGP 100 billion had been allocated to fight the virus.

A total of EGP 187.7 million has been allocated for the Ministry of Health, according to Ahram Online, in addition to EGP 153.5 million for emergency kits and medical supplies to counter the coronavirus, and EGP 34.1 million as bonuses for vulnerable workers and business who will be in quarantine.

The Council of Senior Scholars at Al-Azhar also released a statement noting that Muslims are exempted from attending mass prayers at mosques, including Friday prayer. However, mosques throughout the country remain open.

The Coptic Orthodox Church also announced the suspension of most of its activities for two weeks, though daily mass will increase and divided into several smaller services to avoid large gatherings.

Several businesses and law firms have also adopted flexible work schedules to limit the number of workers at office, such as EFG Hermes, Matouk Bassiouny and Hennawy and the Gender and Legal Expert House.

Panicked shoppers have swept supermarkets across Egypt, with many shoppers buying excessively as they prepare for periods of isolation during the coronavirus crisis.

Popular TV presenter Amr Adib showed footage of hundreds of Egyptians flocking to the supermarkets and shelves across the city’s supermarkets standing empty.

Some supermarkets like ‘Oscar’ began adopting measures to cope with the rising demand, releasing a statement that it will be operating with its full capacity from 8:30 am to 12:30 am daily. 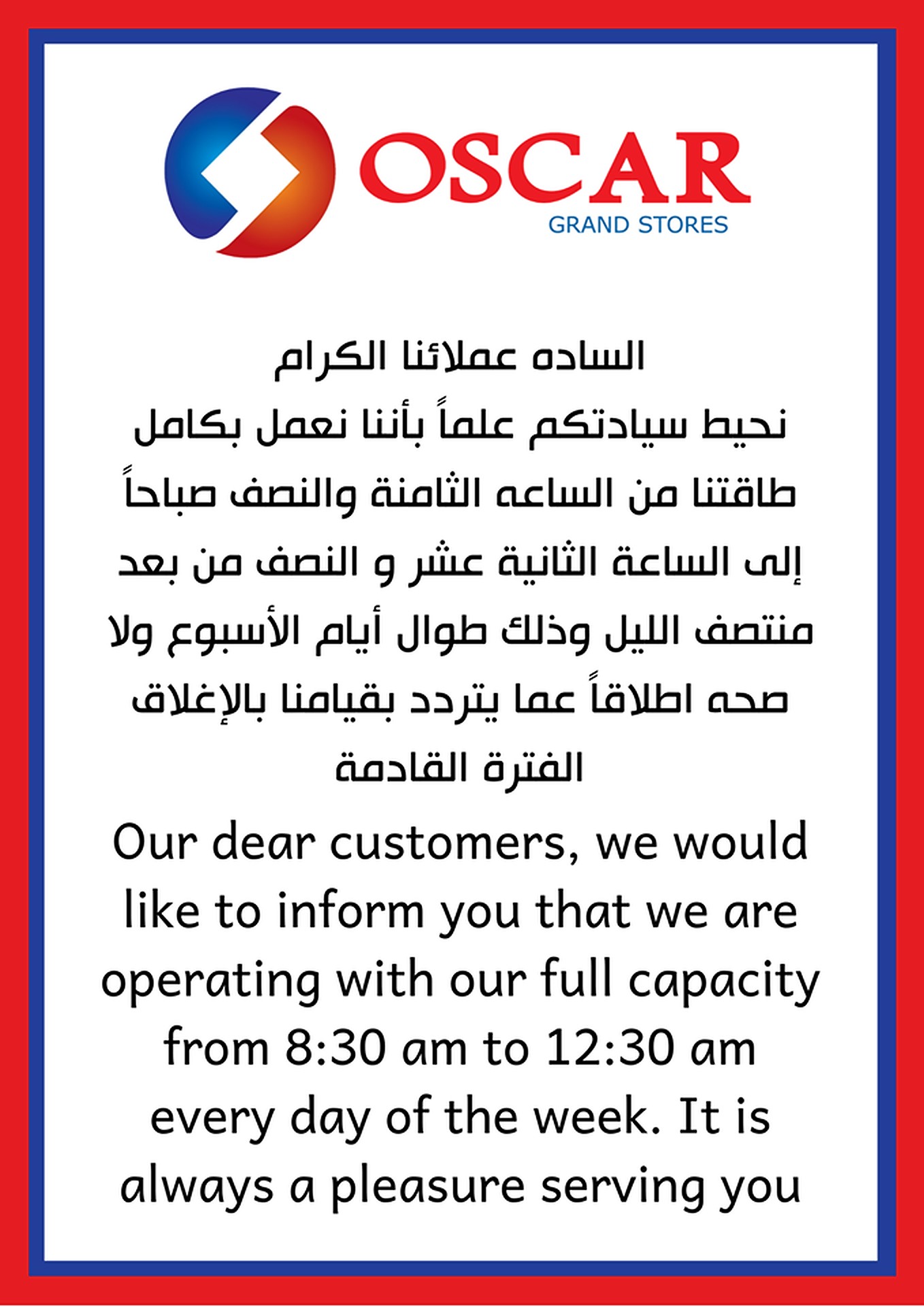 Other stores and supermarkets were unable to restock, leaving many shoppers frustrated and panicked over the unavailability of food for others that are vulnerable and less fortunate.

“Can the supermarkets and food outlets please post that they will not be shutting down and letting people starve because our population is full of idiots!?” Salma Mashour wrote on Facebook.

As of now, malls and restaurants remain open and are operating, as well as tourism sites. The government however suspended large gathering events such as religious festivals, concerts, exhibitions, and called schools to suspend activities like sports and music events.