Egyptian Streets
Contributing to Change: How this Initiative Helps You Support Survivors of Sexual Violence 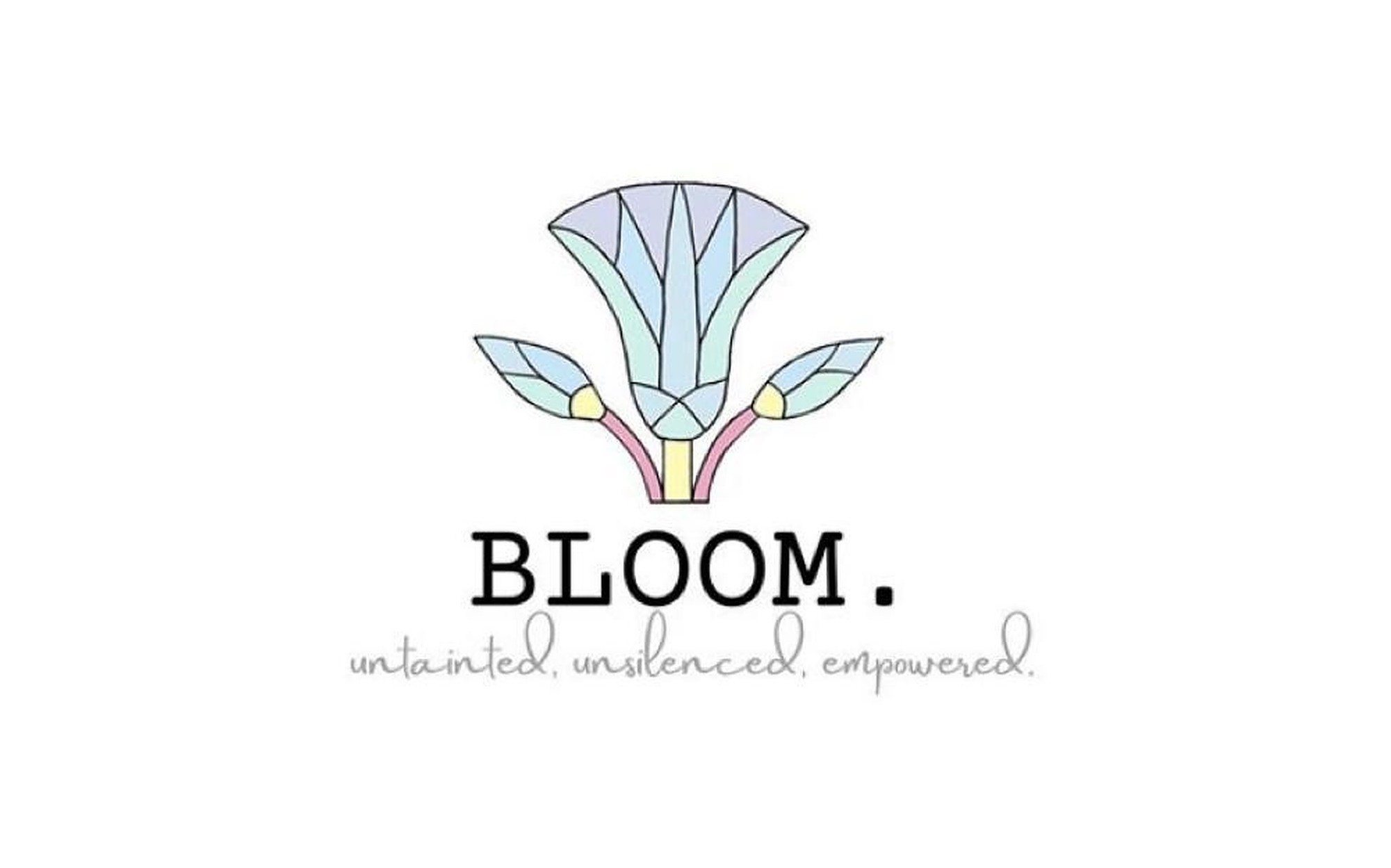 The harrowing events of sexual crimes this year touched each and every one of us; we were horrified, revolted, outraged and eager to support or contribute in any way possible.

‘Bloom’ is a new initiative dedicated to supporting survivors of sexual assault and rape through one purchase of a Bloom t-shirt. In collaboration with Egyptian social enterprise NEYA, all proceeds are used to cover therapy sessions for survivors of sexual harassment as well as giving them the necessary training and help to start their own business and become financially independent. 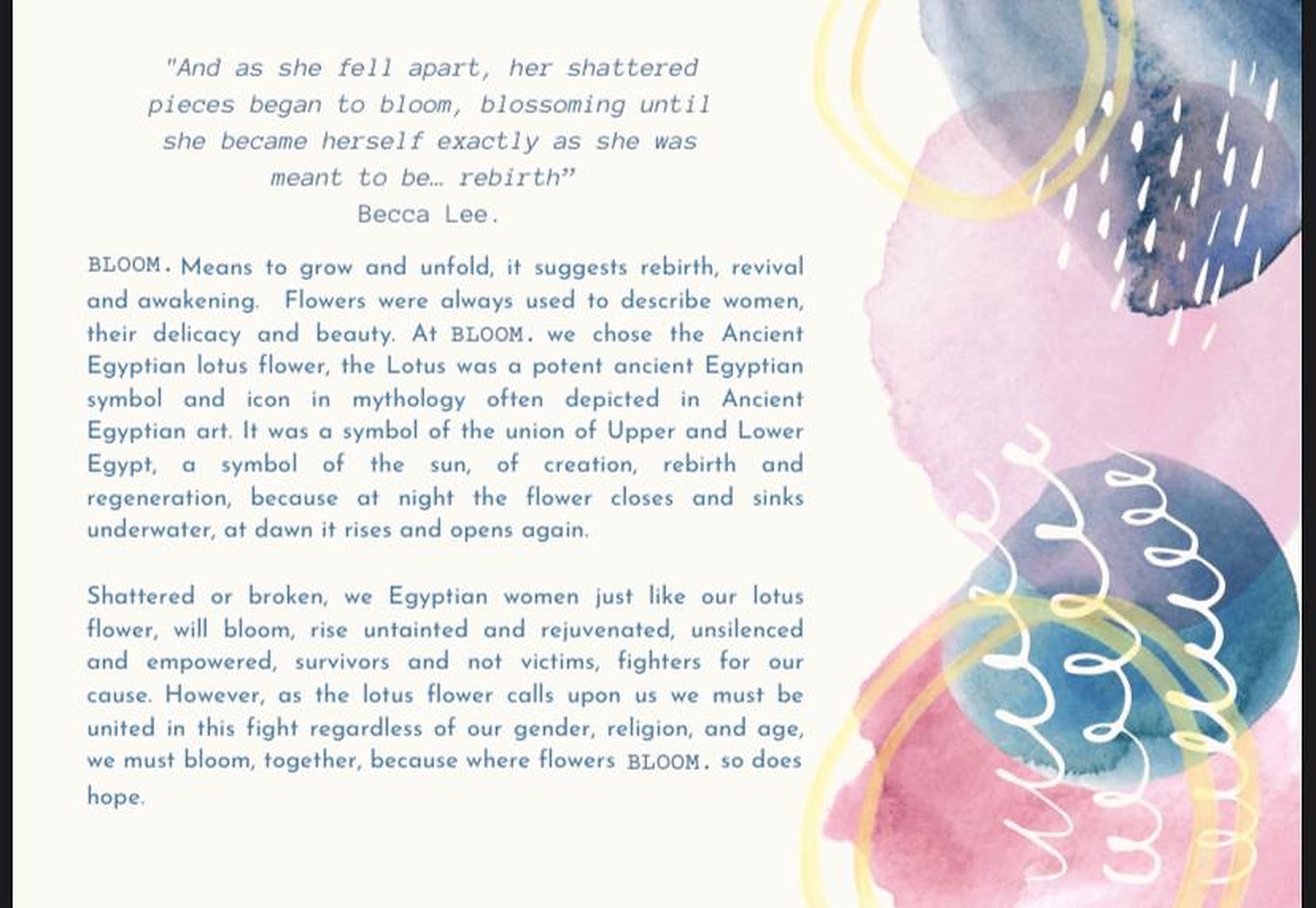 The main challenge is how to keep the momentum going on this particular issue in society. “We saw that many stories get their debut and trend on social media but then quickly die down, but this is not over, because we haven’t completely solved the problem,” founders of Bloom tell Egyptian Streets, “we wanted to create a product that not only supports survivors, but also for people to have and remind them of this important moment in our history, and accordingly keep the momentum going.”

To capture the significance and symbolism of these events, the girls defined it through the concept of ‘bloom’, which refers to the symbol of the lotus flower in Ancient Egypt– a sign of rebirth and regeneration.

“We felt like this period was like a rebirth of the Egyptian woman’s identity and society as a whole, and the rebirth of social cues and morals, so we wanted people to be always reminded of this period and the responsibility they carry towards it,” they added.

BLOOM. is now on @neyaplatform ! You can now get your BLOOM. t-shirts from Neya Marketplace and proceeds will be used to cover therapy sessions for survivors of sexual harassment, give them the necessary training and help them start their own business and become financially independent🌸 #bloomegypt #مش_هنسكت

Warrior t-shirt altered into a V-neck shirt. Available in white and grey. All proceeds go to the fight against sexual harassment. 🌸 #howdoyoustyleyourbloom #bloomegypt #مش_هنسكت

The message is to empower, raise awareness, and push the fight against inequality forward beyond phone screens and social medial. “To completely heal our society from this issue, we have to turn it into something that is actually part of our everyday life. It’s not a brand, but a product that can be a wake up call and make people be more understanding of this issue.”

Since the beginning of July, there has been a wave exposure of sexual predators on Egyptian social media, following the case of Ahmed Bassam Zaki who was accused of rape, sexual assault and sexual harassment of more than 50 Egyptian and foreign women.

After Zaki’s arrest, Egypt’s Prime Minister Mostafa Madbouly approved a legislative amendment in the criminal code to protect the identities of victims of harassment, rape and assault during court cases.

The amendment enables prosecutors to conceal the data of victims coming forward with their reports in order to protect them from possible retribution from perpetrators or external parties.