On Wednesday,  Egypt’s Prime Minister Mostafa Madbouly approved a legislative amendment in the criminal code to protect the identities of victims of harassment, rape and assault during court cases.

Accordingly, the amendment would enable legal prosecutors to conceal the data of victims coming forward with their reports in order to protect them from possible retribution from perpetrators or external parties.

The decision, aimed at empowering victims to come forward with their reports and complaints, would enable legal prosecutor to conceal the data of the victims.

Perceived as a historic and monumental gesture of commitment in protecting the rights of women in Egypt, the amendment bill was praised by the National Council of Women and its head, Maya Morsy.

“Dr. Maya Morsy stressed that the government’s approval of the bill presented by the Chancellor, the Minister of Justice, confirms the interest of the Egyptian state and its keenness to confront and eliminate this crime, and protect the rights of Egyptian girls and women, noting that the draft law gives a push to victims to report without fear or hesitation, and make them feel safe and secure,’’ read a statement by the NCW.

NCW’s statement also touched upon the fact that the decision was timely and most pertinent to the current investigation of Ahmed Bassam Zaki, a young Egyptian man accused of harassing, assaulting and raping multiple women.

As the investigation remains on going, and several women have been coming forward to give their testimonies, it is believed that fear may have held back many other victims from coming forward due to the impact of reporting on their well-being, safety and reputation.

On Monday, the Egyptian Public Prosecution announced Zaki’s detention was renewed by an Egyptian court for a further 15 days pending further investigations into allegations he raped, sexually assaulted and sexually harassed dozens of women. 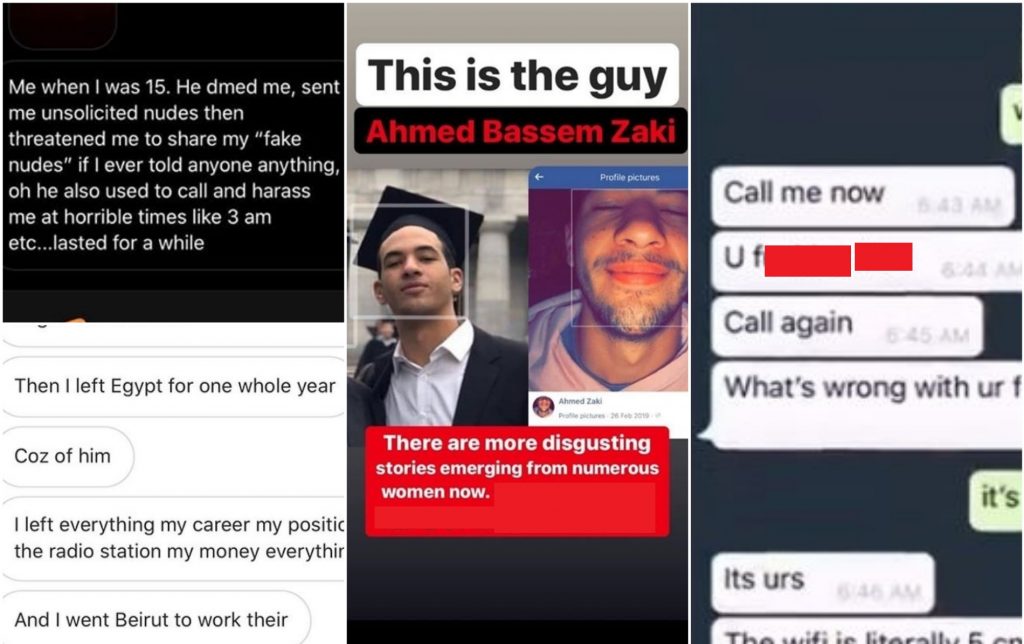 The statement added that Zaki had confessed to a number of accusations made against him related to blackmail and intimidation.

According to the Egyptian Public Prosecution, a technical team is analysing all of the evidence that has been circulated on social media, including voice notes and messages, for the purposes of the case against Zaki.

The statement further called on all girls and women to come forward and to feel comfortable doing so, echoing the statement released earlier this week by Al-Azhar, which rejected victim blaming and called on victims to speak up.

Any victims willing to come forward can contact the National Council for Women at 15115 or text/Whatsapp +201007525600. For more information about this case, read Egyptian Streets’ in-depth write-up, analysis and commentary by clicking here.