Performing Honourably: Why Not All Losses Are Created Equal in Egyptian Sports

Amina Zaineldine
Performing Honourably: Why Not All Losses Are Created Equal in Egyptian Sports 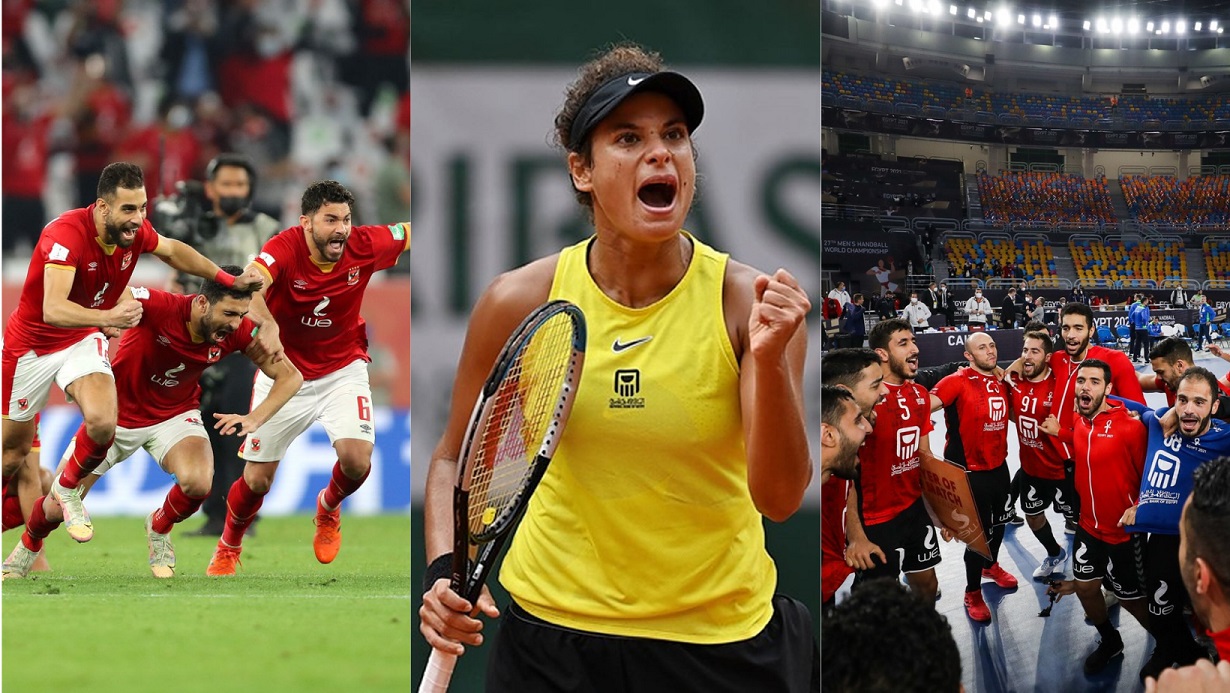 Over the past weeks, Egyptian athletes have represented the country and the continent on the international stage in three different sports: handball, football, and tennis. While none of them came home with gold medals, their eventful performances sparked strong, often conflicting sentiments among audiences.

“It’s this ‘performing honourably’ attitude that’s blocking our way to success,” I read on social media the day the Egyptian National Handball team lost to Denmark by a hair after 20 minutes of extra time and a penalty shootout, referring to to a mantra often repeated when athletes are unsuccessful in their endeavours.

I was taken aback, because – while disappointed we came so close and did not win – I was incredibly pleased and proud of the Egyptian handball team’s performance in the World Championship. I was at a loss to make sense of why being proud of our team’s honourable performance somehow contributed to Egypt’s athletic failures.

This debate only grew when Al-Ahly fought hard against European Champions Bayern München in the FIFA Club World Cup, ultimately to lose 2-0. Audiences were torn between those feeling proud and frankly surprised that the team was able to relatively hold their own against a team that had recently beat Barcelona 8-2, and those berating the players for not doing better, responding derisively to those who expressed any pride.

I began to seek the views of those around me, and many of the people I spoke with shared my sentiment of frustration coupled with pride. But to every few responses like that, came one of disdain and disappointment. History, some said, would not remember a good performance if it was not accompanied by a victory. The more we congratulate performances regardless of the result, the more we enable the teams we support to become complacent.

It is true that sport relies on the competitive spirit and the insatiable drive to win. If not for that, sport would not be. But on the other hand, if the only result accepted is victory, then sport – which is by definition a zero sum game – would not be possible. The highest achiever and consistent victor cannot compete alone if those not certain of victory decide to stay away.

Therefore victories and defeats need to be seen within a context, a context many appear to be overlooking: the competition. In the Handball World Championship, the only teams Egypt lost to were the gold and silver medalists, and both matches were neck and neck until the final seconds.

In the FIFA Club World Cup, Al-Ahly was the only team apart from Bayern München that won two matches. Many criticised Al-Ahly for playing defensively against Bayern, the team currently with the strongest offence in the world, but doing this spared them a heavier defeat that would have in all likelihood broken their spirit, standing in the way of them having enough motivation to beating Palmeiras, the champion of South America – a continent that has historically been far stronger than Africa in football – to secure the bronze medal.

A further point that most people fail to mention in this debate is the access to resources and an environment that allows excellence. Egyptian football, has not seen audiences in years, has been labouring under conflicts within the Egyptian Football Association, not to mention having financial resources that amount to a fraction of Bayern’s.

Bayern on the other hand is the European champion in its prime, considered the best team in the world currently, and arguably one of the best football sides in history, having won quite literally every single one of the six competitions they could have taken part in this season (the German Bundesliga, the German Pokal, the German Supercup, the UEFA Champions League, the European Supercup, and the FIFA Club World Cup – a feat performed only once before in history by Barcelona’s golden team in 2009. It is a team with financial resources and know-how Al-Ahly is a world away from achieving.

The same goes for Egyptian tennis. For a tennis player from Egypt to succeed professionally at the levels we see in Grand Slam tournaments, it takes more than talent and dedication. It takes family support (both emotional and financial), an equally skilled and dedicated coach, a sufficient amount of financial security to take the risk of giving up the opportunity of a secure job outside of sports.

When Egyptian tennis player Mayar Sherif succeeded in winning her three qualifying matches to enter the first round of the French Open in September 2020, she lost the first-round game to a highly-ranked player in a final set, but her historic performance earned her praise, which arguably spurred her on to being qualified to the Australian Open, where this month she won her first-round match and lost that of the second round.

Berating an athlete after such a loss without considering context does not contribute to their chances of becoming more competitive or more successful. There is a difference between congratulating a team after a defeat and applauding their efforts in spite of one. When following sport, do we look at the scoreboard alone, or do we watch the game?

Applauding good performance irrespective of the result is not unique to Egypt, nor is it unique to losing sides. Some of you will recall the fanfare and applause the German and French National Football teams received after the FIFA World Cup in 2006. Italy had just beaten both teams, but their outstanding, serious performance was met with respect nonetheless.

No one is congratulating these teams and athletes for losing. It is their sincere, forceful, performance which exceeds expectations that we applaud. To me, losing a game after fighting hard will be more honourable than an easy win.