A Life Better Overseas? The Trials and Triumphs of Egyptians Working Abroad

“I don’t really see a future for myself in Egypt.”

For Reem Hashem, 27, the decision to leave Egypt to pursue her career in humanitarian aid was an easy one to make. In Cairo, her professional prospects felt bleak, and she had no intention of squandering the years she spent in higher education.

Several years and multiple moves later, she still feels the same way – but that does not mean her decision did not come with a price.

Historically, Egyptians were known to be attached to their homeland, the option of leaving only becoming popular in the latter half of the 20th century. In 1936, Wendell W. Cleland, one of the founders of the American University in Cairo, wrote in a study on the Egyptian population that “Egyptians have the reputation of preferring their own soil. Few ever leave except to study or travel; and they always return.” 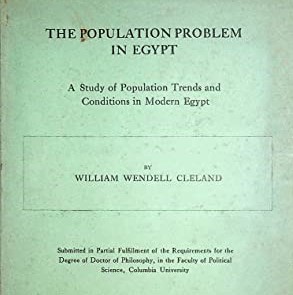 Today, however, a fraught question has become a staple in conversations between young Egyptians: “Do you think you’ll stay [in Egypt] or do you plan on leaving?”

The call of higher convenience and bigger paychecks is loud and clear, but in the experience of the young professionals that spoke to Egyptian Streets of their experiences working abroad, they are merely the tip of the iceberg.

Counter to intuition, young Egyptians – more likely to have higher degrees of education than their parents and grandparents – are also statistically more likely to struggle with unemployment.

In 2019, youth unemployment stood at 32 percent to the nationwide 11 percent according to a paper published by the Multidisciplinary Digital Publishing Institute. This struggle affects young women at the higher rate of 41 percent.

This stands in high contrast with other parts of the world, where being more educated tends to open up more opportunities for employment. As a result, Egypt is finding itself experiencing what is known as brain drain, or the loss of educated minds to better opportunities overseas.

For some, providing financial support for their families by accepting positions abroad is a lifeline and an opportunity that cannot be reasonably missed. With fluctuating currency value at home and enticing vacancies overseas, many lower-middle class or middle class Egyptians take up residence abroad, particularly in Gulf countries, to provide support for their loved ones at home.

In 2020 alone, remittances coming from Egyptians working abroad totalled at USD 29.6 billion, over 10 percent higher than the year before. Often this ultimately results in a better ability to remain tied to Egypt by frequent visits and constant contact with families.

Even among less wealthy and educated groups, leaving the country in search for a better life can be a tempting option. As Western countries moved away from welcoming foreign workers in the manual labour market, many have been forced to seek a Hail Mary, smuggling themselves abroad without papers or authorization, putting their lives and safety at risk as a result.

But for those whose financial situation is not as challenging, whose families do not need an added source of income, the push factors driving them out of Egypt are not as obvious.

Though for Reem, the decision to leave Egypt was firm and premeditated, that is not the case for many other Egyptians moving overseas.

When Mostafa Mourad, 28, found that his team at the regional office of a multinational tech company was shrinking, he decided to look at other options, casting his net wide and applying for jobs both at home and overseas. In the end, his decision to take a position in the United Arab Emirates came almost by default.

“It wasn’t easy for someone who is deeply rooted and attached to his family in Cairo, and who is friends with so many people, to leave them all behind and become disconnected,” Mostafa tells Egyptian Streets.

But soon, Mostafa began to discover the advantages of structured and independent living. Taking the job in Dubai led to space he did not know he needed for growth, self-reflection, and fulfillment outside of work.

For others, the rationale behind such a decision is the professional fulfillment it can offer. In a safe, well-paid, and well-respected position in Egypt, the family and friends of Ahmed Saeed initially doubted his decision to heed the call of a headhunt from a European company. But he felt he had hit a wall in his professional trajectory in the oil and gas industry.

Though his path has by now taken him to Rotterdam, the home of his current workplace’s headquarters, his youth and experience first landed him a managerial position at a greenfield site in Djibouti.

In spite of the fact that he lived in the only home in a 180km radius that combined the presence of TV, internet, air conditioning, a microwave, and a refrigerator, and in spite of a difficulty to connect with the local population, Ahmed saw in his new employers something he valued highly: support and accommodation to his needs.

“At each point I was properly briefed on what to expect, and my employers were champs at offering support and guidance whenever needed, especially in Africa,” Ahmed tells Egyptian Streets.

Though Ahmed remains on the fence over whether the advantages of his life abroad are enough to keep him away from Egypt, Rafik Ramzi has all but made up his mind; he sees too much merit in staying in Germany to pass up on the opportunity.

“The main motivation [for leaving] was to live in a country that treats everyone fairly, and provides a certain level of social security to people working in it without having to encapsulate oneself in a bubble (as opposed to Egypt),” he says.

Rafik, 31, explains that the concern of expensive isolation in exchange for growth and safety is paramount for him, and a good enough reason to want to stay, and, one day, raise a family in Germany.

“If I were to have a family [in Egypt] one day, then I really couldn’t imagine the amount of money I would need to be earning in order to afford a reasonable living standard, and this would all be in a sort of bubble,” Rafik explains.

“I really enjoy the fact that in Germany, I can enjoy a good standard of living as a ‘normal’ citizen without having to make a ton of money to be able to afford a bubble that guarantees me this kind of standard.”

While many a young professional may live with a romanticized image of a fresh start abroad, the truth is not always as rose-coloured. Challenges like language barriers and homesickness are to be expected, but others come out of left field.

When Salma Hassanein moved to Canada to pursue her studies and find work, she did not expect to struggle culturally. She was familiar with North America and expected no shock or need for adjustment. However, when it came to cultural differences, she soon discovered that the devil was in the details.

“Getting a job isn’t through your own networks. It’s months and months of applying and begging random people to meet you. Grocery shopping? No delivery. You go out in the freezing cold and carry your own things home. Meeting friends? Only during the weekends, forget the everyday hang. Getting help at the office? Forget it, it’s every man for himself. Got sick? Get up and go to the hospital on your own and go buy your own medicine,” Salma narrates.

And in that challenge, she was not alone. While many Egyptians seek an exit from the tight knit of Egyptian society in the hope of more independence, agency, and freedom, the adjustment to individualist society is still a burden on many.

Ahmed and Rafik, too, note the absence of much of the warmth inherent in Egyptian culture. Creating meaningful relationships while abroad is a constant struggle to them, as is the distance from family.

“Any country I move to, I’m an outsider by default even if I speak the language and integrate into their society perfectly fine,” she says.

“The thing is that you change so much when you live in a foreign place and interact with different people. Now, everytime I go back to Egypt I feel like more and more of an outsider. I worry that one day I will wake up and realize I don’t truly fit in anywhere.”

In the midst of ruts and frustrations in the lives of young Egyptian professionals, often the choice to leave appears to be the only one – a belief that Reem, Mostafa, Ahmed, Rafik, and Salma all unequivocally refute.

Though Salma’s years spent in Toronto are ones she remembers fondly, she still made a choice to end her spell there and find her way back home. Mostafa believes that he will follow suit in a few years.

Understanding what each option had to offer and applying it to his personal circumstances allowed Rafik to make an informed decision when he left Egypt. He urges others considering the move to do the same.

“Be aware of what you’re giving up with the move. Talk to others who have done it before you so that you’re as ready as possible for both, the bad and the good.”

Reem echoes Rafik, telling Egyptian Streets that leaving was never her only option.

“It really all boils down to your own goals and aspirations,” Reem says. “Egypt is not a bad place to live, especially for many of us who live an extremely privileged life.”