Mona Abdou
From Egypt to the American Dream: How Laila Pence Defied All Odds 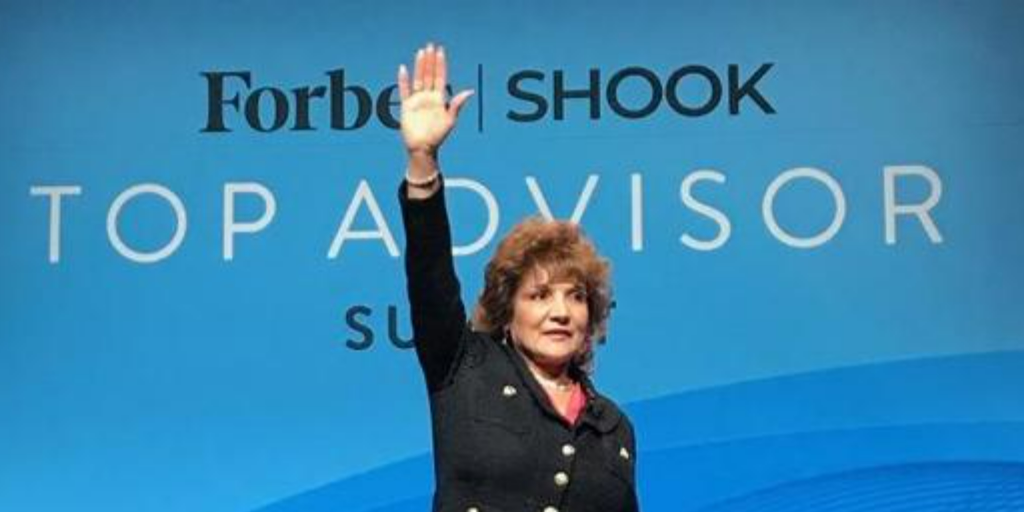 It’s 1967, and Laila Pence is shelled out of her home by warfare. She’d had “every luxury,” a home embellished with nuances of wealth and warmth, and a family with a profound sense of integrity. In a single moment – a bombshell dropping in the context of the Six Day War with Israel – Pence had to reimagine her world without all of that.

After migrating to the United States at twelve years old, arm in arm with only her mother, Pence had the intangibilities of fear, womanhood, and Arabism looming over her; today, she is a Barron’s Hall of Fame holder and a recurring Forbes icon. With a legacy unparalleled by those in the financial planning field, Pence Wealth Management (PWM) sits atop the food chain as one of the United States’ largest, most successful wealth advisory firms.

Privately held and focused on “creating practical, goal-based financial plans and tax management,” PWM is dedicated to securing its clients, their futures, and their families. With over 30 years of experience and a “Servant’s Heart,” PWM is rooted in California as a true testament to the American Dream, to the story of Laila Pence.

Night Terrors to the American Dream

The Zoom call opens to a lovely woman, glamour written into her suit and kindness in her smile. This was Laila Pence, the face behind unimaginable success. Born and raised in Egypt, Pence considers herself nothing if not Egyptian, crediting where she came from as the driving force behind her success.

“It’s hard, losing everything,” she remarked, “Especially when you had everything.”

Pence’s former years were a clutter of noise and political turmoil, with Egypt falling into one of many wars to come in the region. Although she’d lived out her childhood in relative seclusion from the clamour, the fateful bombing of her home in Zakazeek became a catalyst for both choas and fortune.

“[Our family] couldn’t live in one place after that. I have two older sisters that we had to leave behind,” Pence explained to Egyptian Streets. The memory stirred her voice and softened it. “We’d all gone to a French school at the time, [and lived] with my grandmother.”

The unfortunate event left the family torn. Another left her father injured and unfit for travel – but for Pence, it was never about having it all, but rather, losing it all.

“Being away from my family […] built a lot of character for me. I had to do everything on my own.” Pence painted the scene of how her and her mother, both young and foreign, arrived in Staten Island without knowing a word of English. She picked up waitressing, studied hard, and made certain that the odyssey westward wouldn’t be in vain.

“I was the last hope my father had for a boy,” and as the youngest of four girls, Pence felt the need “to work twice as hard” to prove herself. While her father was never one to pressure her, the insatiable need to grow as both a person and a career woman culminated inside Pence as early on as highschool.

“It was never one thing,” Pence insisted. “It was really working hard every single day – with a team” be it family or colleagues.

College to A Cherrywood Desk

With a banker as a father and a knack for numbers, Pence found herself excelling at calculus and mathematics. For her, it was the pleasure of the craft, and in college, she pursued it further. Getting into wealth management was not an easy matter, and Pence recalls her first, brief brush with it fondly.

“I remember my first twenty grand!” She laughed. The woman who’d entrusted her to invest the money was a humble soul, good-willed and kind, and Pence can’t help but credit this moment as Pence Wealth Management’s first foot into the world. “It means a lot – for someone to trust you with their [livelihood].”

PWM is an investment advisory service that addresses the needs of each client. This includes a broad range of services, including investment advice, estate planning, accounting, retirement, and tax planning. In essence, Pence’s goal is to ensure that even the slightest bit of capital can flourish and develop enough to leave her clients comfortable and well-guarded financially.

Soon after meeting her husband Dryden Pence, and starting a family, their prospects saw major success. When asked about what could’ve been behind it, Pence had a simple answer:

“Having empathy,” she shrugged. “Recognizing that when people sit in front of me, that I have to listen to their needs. Most people want to talk about themselves. In this business, it’s the opposite: this is an emotional paycheck. It’s about changing someone’s life.”

For Pence, hearing that individuals were able to retire comfortably or put their children through school was enough of a driving force, enough of a motivational asset.

“It’s truly what keeps me going.”

Though successful in her financial endeavors, Pence carries the same heart into her philanthropy across seas. For her, Egypt is an embodiment of who she once was, of the privilege she was afforded, and thus, she desires to give back in every capacity she is able.

“I realized, [after witnessing Egyptian poverty],” she elaborated on her incentives, “that here in America, I needed to focus on certain things that we could do.”

Between visiting the 57657 Children’s Cancer Hospital in Egypt to collaborating with world renowned heart surgeon Magdi Yacoub, Pence has been both inspired by and dedicated to charity work in Egypt. When recalling their coaction, Pence’s pride goes hand in hand with her humility.

“It was the first time [Dr. Yacuob] had money raised from America. We continue to support [his hospitals] in Aswan and I know he’s over the moon about opening a new hospital in Cairo.”

She instilled the same love in her daughter, Sarah Pence, who, at only nineteen, raised an extraordinary amount for the Haya Karima (‘Decent Life’) initiative. Similarly, Pence described her American acquaintances who want to donate to Egyptian charities, but struggle to find a reliable, transparent means of doing so.

“I have a great friend who’s been doing [a lot] to raise money for Egyptians, her name is Suzie Meyers,” Pence detailed. “She’s been doing that through Rotary International.”

Over the past months, the Pence family has insisted on supporting the Haya Karima initiative in order to open up this avenue and bridge the gap of overseas philanthropy.

“We can’t send cash to Egypt, but we can send equipment.” Pence has collaborated with the Haya Karima team on two central projects: classrooms on wheels, and equipment used to facilitate jobs and create opportunity.

The first project is a labour dedicated by and large to digital literacy: a truck will move around from village to village in Egypt’s rural regions to educate women and children in order to assist their present and future prospects. The latter is the buying and donating of equipment for both simple and complex jobs, in order to create opportunities where they otherwise wouldn’t be found.

Examples of such practical donations include sewing machines and computers. The process includes video footage, wherein things are seen as they’re being delivered; for Pence, the point is to “make a difference in people’s lives.” To do so, sources and trust are of the utmost importance.

“We’ve been given so much, and we’ve been so blessed,” her voice softened. “It is important we bless others.”

What is your biggest achievement?

“It’s being recognized by my country,” Pence asserted. “That’s my biggest achievement.”

Despite appearing on many a Forbes list and sitting atop Barron’s Hall of Fame, Pence still cites meeting ministers and President Abdel Fattah al-Sisi during the ‘Egyptian Women Can’ conference as one of her sweeter memories. As one of Egypt’s most international names, Pence remarks on being humbled by that recognition.

She shines a light on how dear that experience was to her and her family, how she remains a part of this world although she may no longer reside within it.

“I love Egypt. Every Egyptian I’ve spoken to wants to go back.”