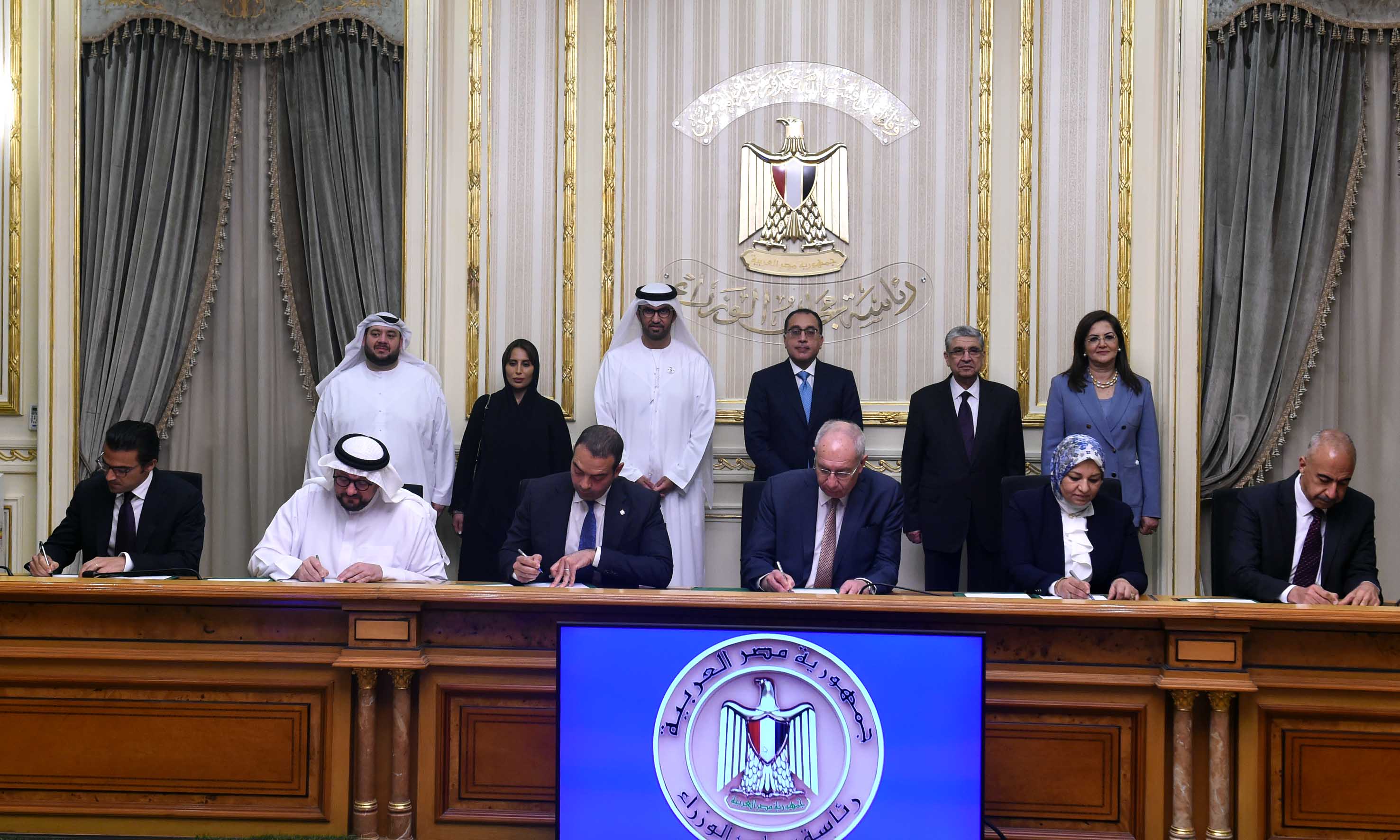 Egypt’s Hassan Allam Utilities and the United Arab Emirates’ renewable energy company Masdar have signed two memorandums of understanding (MoUs) to work on the development of green hydrogen production plants in the Suez Canal Economic Zone (SCZone) and on the Mediterranean coast.

The MoUs were also signed by Egyptian entities such as The General Authority for Suez Canal Economic Zone, New and Renewable Energy Authority, the Egyptian Electricity Transmission Company and The Sovereign Fund of Egypt.

The parties target projects that produce an electrolyzer capacity of 4 gigawatts by 2030, and an output of up to 480,000 tons of green hydrogen per year.

“Masdar and Hassan Allam Utilities see Egypt as a hub for green hydrogen production, targeting the bunkering market, export to Europe, and boosting local industry,” Masdar said in a statement.

The first phase of the project, which is expected to be operational by 2026, will establish a green hydrogen manufacturing facility, producing 100,000 tons of e-methanol annually for bunkering in the Suez Canal.

In a statement, Masdar eyed opportunities for export through Egypt, adding that “Egypt is also located within close proximity to markets where demand for green hydrogen is expected to grow the most, providing robust opportunity for export.”

Minister of Planning and Economic Development, Hala El Said, noted that “green hydrogen is a critical enabler of the global transition to sustainable energy, with unprecedented momentum around the world to fulfill its longstanding potential as a clean energy solution.”

For his part, Minister of Electricity and Renewable Energy, Mohamed Shaker, also announced the year 2022 as to be “The Year of Green Hydrogen,” regarding it as the fuel of the future.

Recently, Egypt signed a new partnership agreement with Danish shipping giant Maersk to explore the establishment of large-scale green fuel production in the country in the pursuit of net-zero shipping.

The parties will be conducting a feasibility study before the end of 2022 to examine Egypt-based hydrogen and green marine fuel production, powered by renewable energy with Maersk as a committed off taker.