Gathering together with family and friends for a holiday is rarely complete without food. Here are eight celebrations dear to the hearts of Egyptians and the foods associated with them.

On 19 January, Egypt celebrates Eid Al-Ghetas, or Epiphany. On this holiday, Coptic Christians gather for a feast of qolqas or taro root soup after a short fast.

Epiphany is a holiday celebrated to commemorate the baptism of Christ. The word ghetas itself is derived from the Arabic word meaning immersion. Though the connection between the holiday and the taro root vegetable is not confirmed, Coptic historian Atif Naguib said that the choice of a root vegetable is associated with the Biblical verse, “having been buried with him in baptism, in which you were also raised with him through your faith in the working of God, who raised him from the dead”.

Trending social media fights about its popularity notwithstanding, qolqas is an Egyptian staple that is enjoyed across the country. Made up of cubed taro root swimming in a rich, herby broth, this dish is as warming as it is nutritious.

Even those who do not enjoy qolqas often eat just one spoonful of it on Epiphany, as there is an almost superstitious belief in the necessity of it. And as it is often said to children, “If you don’t eat qolqas, you’ll wake up without a head.” 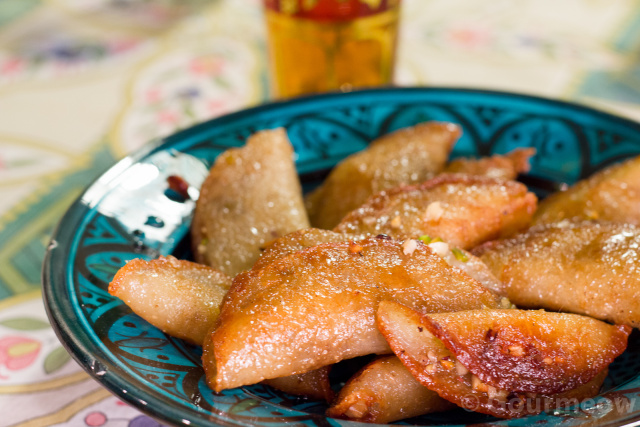 After a long day of fasting, Muslims in Egypt feast on a variety of savoury foods to get their energy back, but the most iconic dishes of Ramadan are the ones on the dessert table. While there are many Middle Eastern desserts associated with the month, the two staples that are rarely served outside of it are qatayef and kunafa.

Qatayef, which are essentially yeasted pancakes, are usually stuffed with nuts and raisins, crimped shut, deep fried, and drenched in simple syrup. Though the raisin and nut filling is the most traditional, some people enjoy these pastries filled with chocolate, unfilled, or even stuffed with savoury fillings such as cheese or meat.

The main and consistent ingredient of Egyptian kunafa is a pastry spun into thin threads. Bunched together with ghee, a layer of these pastry threads is packed tightly in a baking dish, usually — though not always — followed by a layer of filling such as cream or nuts and raisins, and finally topped with another layer of the pastry threads. This is then baked to crispy golden perfection.

Both qatayef and kunafa have in recent years been bastardised in pastry and dessert shops to include and be combined with the least traditional ingredients imaginable. Starting from the innocuous mango kunafa, all the way down to Biscoff Lotus filled kunafa and qatayef, the two desserts have been rendered almost unrecognisable to cater to modern palates. 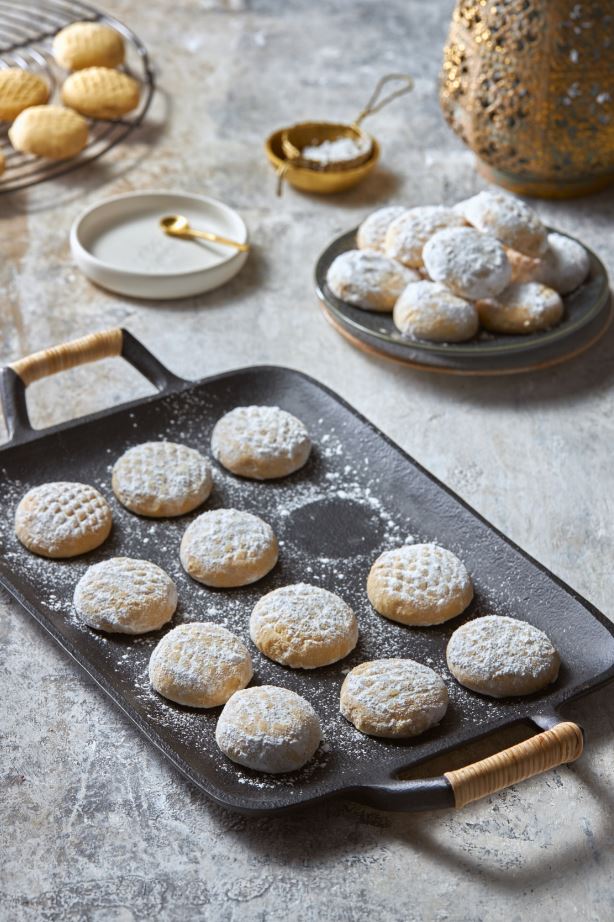 As the month of Ramadan comes to a close, pastry shops take down their billboards of these popular bastardisations of traditional desserts to replace them with advertisements for the unchanged –
and unchangeable – Eid classic, kahk.

Celebrating the end of fasting for the month of Ramadan, Egyptians have long since baked these sweet, crumbly biscuits, either plain or filled with walnuts, agameya (a paste made of ghee, honey, and sesame), or malban (Turkish delight). Alongside this iconic biscuit, Egyptians also have a breakfast of melt-in-the-mouth ghorayeba biscuits and the crisp nashader biscuits, usually alongside a cup of steaming tea with milk.

Though now it is more common for Egyptians, especially urban working Egyptians, to purchase their kahk, ghorayeba, and nashader biscuits from pastry shops, the process of preparing at home was a communal task that women undertook together, renting a sag (large baking sheet) from local bakeries to complete the baking process there, as home ovens were rarely large enough to accommodate the amounts prepared.

The phrase Sham El-Nessim itself, which translates to ‘smelling the breeze’ in Arabic, is an Arabization of the words tshom ni sime, meaning something along the lines of ‘gardens and meadows’. It is one of the oldest celebrations in Egypt, believed to date back to Ancient Egypt.

Sham El-Nessim, which falls on Easter Monday every year, is an occasion for families to get together and picnic in the springtime weather to enjoy the fish an onions, with children painting eggs, a tradition that is believed to have started in ancient Egypt as well. 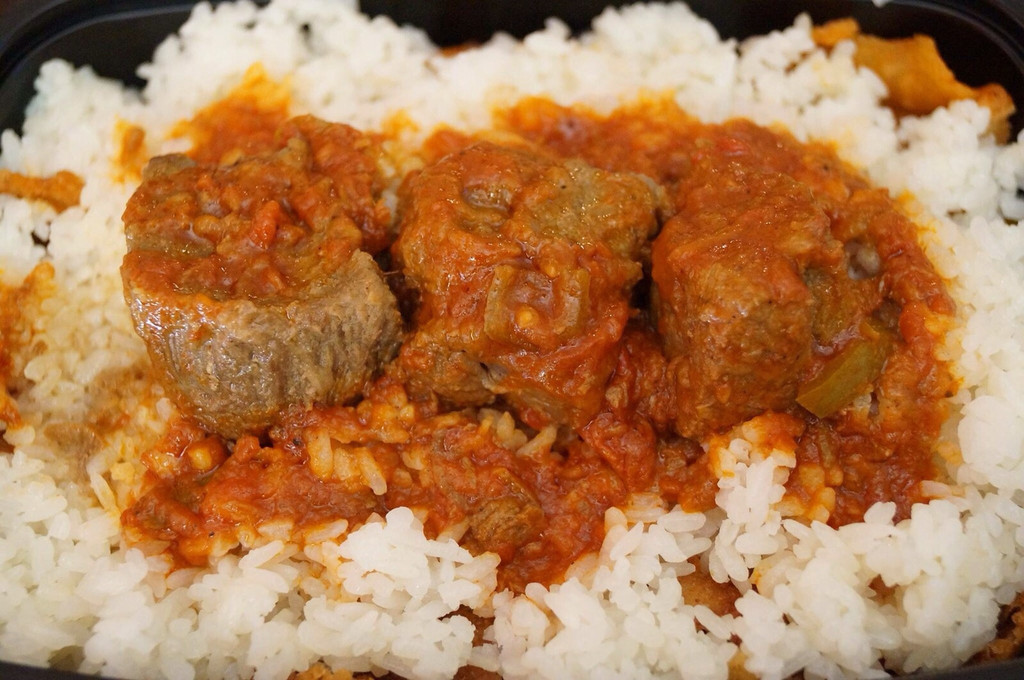 Believers in Abrahamic religions are familiar with the story of Abraham’s willingness to sacrifice his son upon God’s request. In the nick of time, God sends him a ram to slaughter in place of his son, as his willingness alone proves his loyalty.

The world over, Muslims slaughter a sheep or sometimes another animal, to commemorate this event, known as Eid Al-Adha. As a result, foods served on this holiday are meat-heavy. Most famously, Egyptians serve fattah, a dish made up of toasted bread soaked in beef stock, topped with rice, meat, and often a garlicky tomato sauce.

However, the meat dishes do not end there. It is also highly common for people to gather for a breakfast of hearty grilled liver, a dish not usually eaten early in the day.

The Fast of the Virgin Mary

The cold sister of traditional molokhia, shalawlaw is a savoury and entirely plant-based dish often served during the Fast of the Virgin Mary, which many Coptic Christians observe between 7 and 21 August.

It is believed that the dish, which is made up of dried molokhia leaves, water, garlic, onion, and lemon, is believed to have been introduced to the Holy Family by Egyptians during their trip through Egypt.

Despite possibly having been around since ancient times, the dish recently gained renown due to a widely circulated, false belief that it could cure COVID-19 due to its immunity-boosting ingredients.

Ashoura’ which takes place on 10 Muharram, the first month of the Islamic calendar, commemorates two different events in Islamic tradition. Firstly, and primarily amongst Sunni Muslims – which make up the vast majority of Egyptian Muslims – it celebrates the day Moses parted the Red Sea.

Secondly, it commemorates the death of Al-Hussain, the grandson of the Prophet Mohamed, in the Battle of Karbala, making it a day of mourning, primarily amongst Shi’a Muslims.

In Egypt and elsewhere in Muslim-majority countries, the dish of ashoura’ (also known as Noah’s pudding) is served on that day, made up of wheat, milk, sugar, starch, often topped with nuts and raisins.

The birth of the Prophet Mohamed is a beloved occasion in Egypt, and one that always comes with fairs and joy. Capturing it as effectively as if one were attending mawlid el- nabi (Prophet’s birthday) themselves, is the iconic puppet show, El-Leila El-Kebira (The Big Night, 1961), with lyrics written by Egyptian poet Salah Jahin and music by Egyptian composer Sayyed Mekkawy.

During this celebration, Egyptians eat an assortment of sweets: candied nuts such as hazelnuts, peanuts, pistachios, almonds, chickpeas, and sesame, Turkish delight, nougat, and more. Though the tradition has nearly faded, children were once gifted these sweets shaped as dolls for girls, and horses for boys.

Slave-Soldiers to Sultans: Reign of the Mamlūks
Carmen Weinstein: The “Iron Lady” of Egypt’s Jews

Carmen Weinstein: The “Iron Lady” of Egypt’s Jews
Slave-Soldiers to Sultans: Reign of the Mamlūks