Calamity in Cairo: The Earthquake That Shook Egypt 30 Years Ago

Shereif Barakat
Calamity in Cairo: The Earthquake That Shook Egypt 30 Years Ago

Egypt is not known for high-risk earthquakes. When there is an earthquake, it often comes in the form of a shaky bed, with no sense of danger whatsoever. But every once in a while, calamity strikes, as it struck Cairo nearly thirty years ago on 12 October 1992.

On that day, an earthquake took the lives of 545 Egyptians, injuring 6,512, and displacing 50,000 Egyptians in the process. Modern-day Egypt had never seen so much seismic damage prior to that moment, forever reminding Egyptians that earthquakes can be more than a mere bed shake.

The earthquake, which began at 3:09 PM Cairo time, possessed a seemingly-normal magnitude of 5.8. The country often experiences higher magnitudes with far less damage. However, when the earthquake occurred 25 kilometers southwest of Cairo, Dahshur necropolis being the epicenter, the damage was disastrous, it was felt throughout all of Cairo, as well as Alexandria, Port Said, and as far south as Asyut.

The greatest damage was recorded in Bulaq, an area in Old Cairo, where centuries-long archaic structures suffered from the seismic impact. A report by the National Centers for Environmental Information (NCEI) reported 350 buildings destroyed, 9,000 severely damaged, with 216 mosques and 350 schools badly damaged.

“Some of the walls of the Abdin palace were also badly damaged, as were various buildings in the citadel. A large block was dislodged from the Great Pyramid at Giza and rolled to the ground, while some other monuments in Saqqara suffered minor cracking,” the NCEI reported.

To this day, older Egyptians remember where they were, what they were doing, and how they felt at that moment. Now nothing more than a memory to most, the incident serves as a reminder that disasters could strike at any given moment. 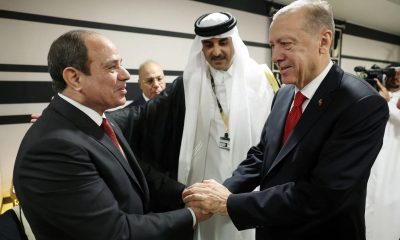