With voices that soar and grace that emanates, sopranos occupy a powerful place on stage – from their imperious presence, and dramatic narrative, to the vulnerability of their voices: opera singers seep into human emotions and bleed into a beautiful art form.

The history of opera in Egypt dates back to the second half of the 19th century, when Khedive Ismail initiated the first opera house – the Khedivial Opera House – in 1969. Since then, the Zamalek-based opera house has undergone remodeling and reconstruction, with the creme building, known as the Cairo Opera House, becoming the center of arts and culture in Egypt.

One of the most prominent opera singers in Egypt, soprano Nabila Erian’s musical journey as a professional opera vocalist started in 1960. In 1958, Erian enrolled in the first class of the Cairo Conservatoire for music and became the first Egyptian to sing La Traviata, the Italian opera by Giuseppe Verdi at the Cairo Opera House in 1964.

Erian was the first Egyptian soprano to sing a translated international opera in Arabic. She also sang the first Arabic opera, Anas el-Wugood (Delight of the World) in 1944, which was based on the Alf Leila w Leila (One Thousand and One Nights) stories.

In 1964, she received an award from Egypt’s then-president Gamal Abdel Nasser after her performance in La Traviata – with Erian being the second Egyptian singer to receive the award after the legendary Umm Kalthum.

Egyptian soprano Neveen Allouba started her music journey at the ripe age of eight when she began studying with Olga Yassa, Egypt’s notable piano professor. Allouba graduated from the Cairo Conservatoire with honors in piano, and holds a Ph.D. in opera and vocal pedagogy from the Hochschule für Musik und Theater in Hannover.

She is currently a staff member of the Cairo Conservatoire, Academy of Arts, and a member of the Cairo Opera Company Artistic Bureau. A member of various national and international jury panels, Allouba’s talent extends in her love for teaching music as well, as she founded the Fabrica group, who just held a concert at el-Sawy Culturewheel last November. 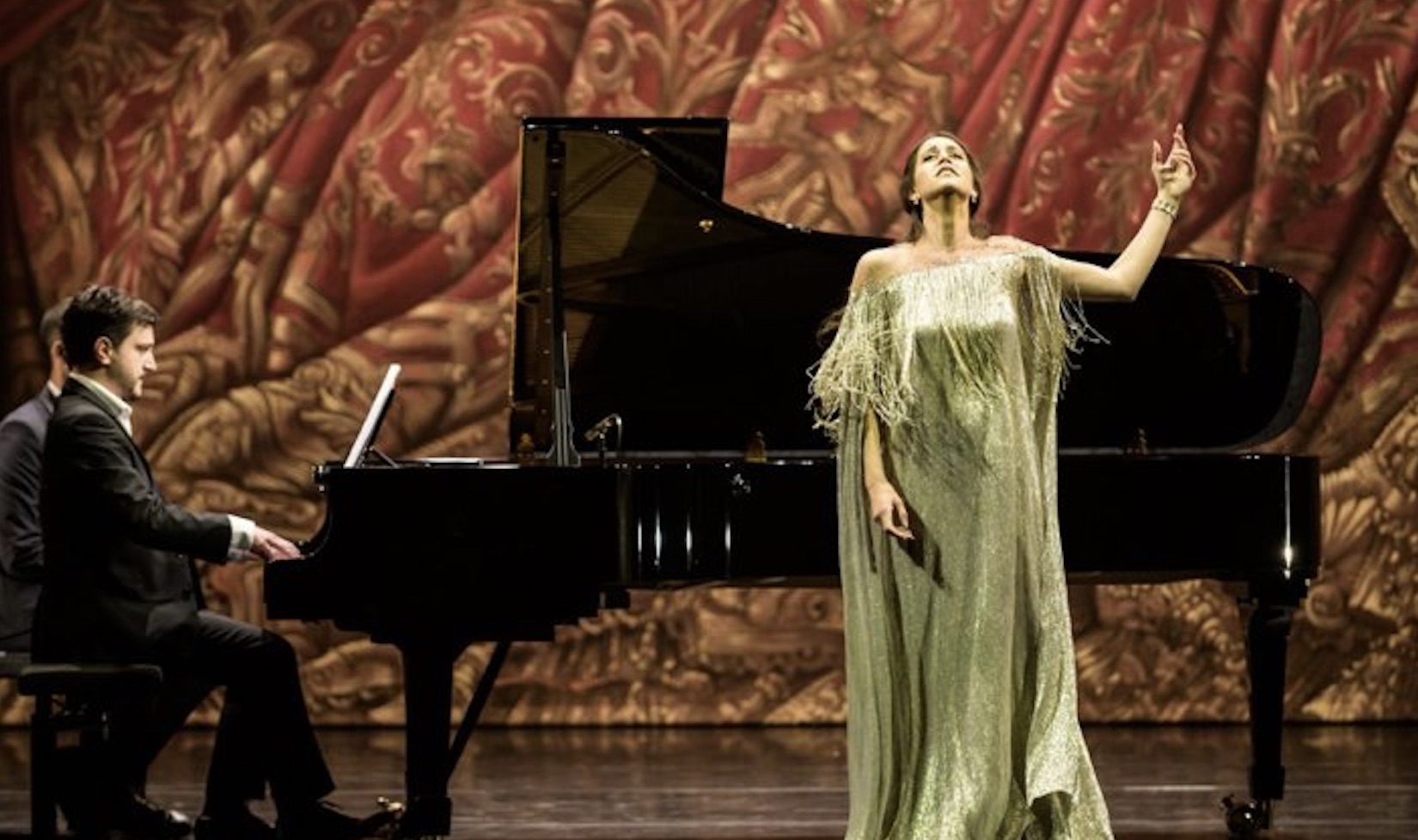 Mezzo-soprano Farrah el-Dibany is Egypt’s rising star. Born in Alexandria, the young mezzo-soprano started taking piano lessons from the ripe age of seven, and by the age of 14, she began taking vocal lessons with soprano Neveen Allouba.

El-Dibany joined the Arts Center of the Library of Alexandria in 2005, and the Hanns-Eisler Academy of Music in Berlin in 2010. A holder of various awards, such as the third prize at the International Giulio Perotti Singing Competition in 2013, el-Dibany joined the Paris Opera Academy in September 2016 – making her the first Egyptian and Arab to enter the academy.

In 2021, she was honored at the National Youth Forum by Egyptian president Abdel-Fattah al-Sisi, and was the first ever to receive the prestigious Hassan Kamy Award at the Manial Palace Festival, presented by Egyptian-Ottoman prince Abbas Helmy and renowned pianist Ramzy Yassa.

The mezzo-soprano recently sang the French national anthem in the ceremony celebrating French President Emmanuel Macron’s election. In April, she was awarded France’s Order of Arts and Letters (Ordre des Arts et des Lettres) as a Chevalier (Knight), a medal that recognises significant contributions to the field of arts.

Born in Cairo, mezzo-soprano Gala el-Hadidi joined the choir young; by the age of 15, el-Hadidi had already participated in international competitions. She joined the Cairo Opera House as its youngest singer at the age of 18, where she went on to perform as a solo artist in various international settings including Europe, Turkey, and the United States.

After graduating from the American University in Cairo with two degrees in Philosophy, and English and Comparative Literature, el-Hadidi received scholarships to attend the International Bach Academy in Germany and Yale University, where she received her master’s degree. She also attended the Savonlinna Music Academy in Finland.

Breaking international grounds, soprano Fatma Said’s musical journey started at age 14 when she took her first singing lesson. From this point forward, Said received her Bachelor of Music from the Hanns Eisler School of Music in Berlin in 2013, and was awarded a scholarship to study at the Accademia del Teatro alla Scala in Milan.

Said became the first Egyptian soprano to perform on this iconic stage, with critics praising her as one of the world’s most promising young opera singers.

Born into a family of artistic background, soprano Amira Selim’s musical journey started when she was six years old. Selim’s father was Egypt’s renowned artist and art critic Ahmed Fouad Selim, and her mother was a pioneering pianist and classical musician Marcelle Matta.

In 1993, she started vocal training and Italian repertoire in Italy with the famous soprano, Gabriella Ravazzi. She joined the Cairo Opera Company in 1997, and received a scholarship from the French government, where she attained the Diplôme supérieur de concertiste from the Ecole Normale de Musique in Paris in 2004. Selim has played the lead roles in various international operas including, The Barber of Seville and The Phantom of the Opera, among others.

She also participated in the Arabic versions of Disney movies, including Cinderella, as Doria, and in the Disney movie Bambi, with a song titled Mahma el-Omr Yetool. She recently participated in the Pharaohs’ Golden Parade in April 2021, and sang Mozart’s Queen of the Night at the 20th anniversary of Bibliotheca Alexandrina with Egyptian Maestro Nayer Nagui.

The Villa of the Birds: Alexandria’s Hidden Treasure
Alexandria's Al-Montaza: An Escape into Egypt's Royal Past

Alexandria’s Al-Montaza: An Escape into Egypt’s Royal Past
The Villa of the Birds: Alexandria’s Hidden Treasure