How Messi and Ronaldo Defined a Generation in Egypt

Mirna Abdulaal
How Messi and Ronaldo Defined a Generation in Egypt 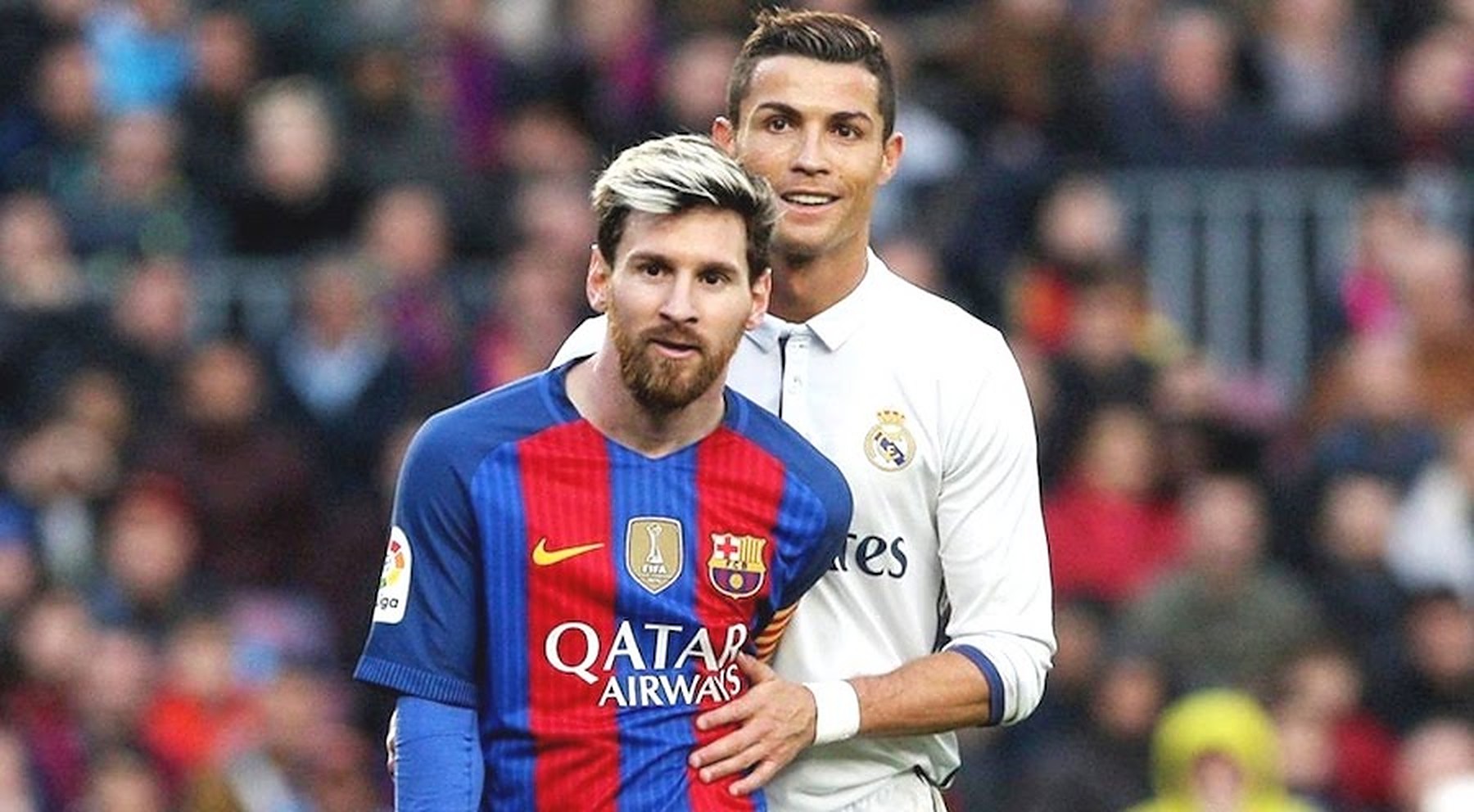 For many young Egyptian men like Ali Talaat, 26, childhood was experienced through the football games of Cristiano Ronaldo or Lionel Messi. This experience of a generation started with the first football match of the two players during the derby games in Madrid, which aired in the early 2000s, and continued through until the 2022 Qatar World Cup.

Between the lavish arenas, the emotional cheers and tears, the titles and the trophies, and the unimaginable superstardom that can bankrupt a nation, football matches for the Messi-Ronaldo generation were more than just ninety minutes on the field. Football matches became a space for celebration, where fans could mirror the personalities of their favourite football icons: from the loud confidence of Ronaldo, who flies the flag traditional of manliness with his tall, strong physique and extroverted personality, to the genius of Messi, who sells a different kind of introverted masculine appeal.

Sports performance psychologist Bill Cole once noted that a fan’s preference for Messi or Ronaldo is a reflection of that fan. Ronaldo may be preferred by those who are drawn to strong personalities and self-confidence, while Messi may appeal to people who prefer their heroes to be modest and reserved.

Their influence on young men, however, extended beyond football talent, masculinity or personality traits; it also impacted the way individuals view success and sense of personal achievement. Many commentators have referred to stars such as Messi and Ronaldo as athletes who have ‘achieved all they want’ in life: great wealth, a supportive family, superstardom, and an enduring legacy. A fairytale of some sorts for many of us, but for their football fans, it is also their drive for accomplishment and success.

When Messi and Ronaldo first surfaced, Twitter, Facebook and YouTube were just becoming a major force in the world. In addition to Messi and Ronaldo’s first World Cup appearances, the year 2006 also saw the two platforms make their debuts. Not only were the players seen more frequently by their fans through clips, memes and interviews, but this helped to foster a closer connection between them and their fans.

Around 15 years ago, Talaat’s first memory of Ronaldo was not the usual story one would hear. He bumped into his football hero in Portugal when he was just ten years old, completely oblivious to who the man was at the time. “I remember seeing a man shaking my hand and then sitting right beside me, and then suddenly there were cameras all around. People were taking pictures with him and taking autographs, and it was from that moment I came to know who he was.”

For Talaat, it is Ronaldo’s confidence, outward appearance and charisma on the pitch that turned him into a fan and helped him gain a wider following, but his quick success can also inspire others, especially as he came from extremely humble and difficult circumstances. His mother worked as a cleaner and a cook. Due to the family’s extreme poverty, Dolores Aveiro, his mother, considered an abortion while she was pregnant with Ronaldo. “The story of someone having nothing to having everything really motivates me and inspires others, and it creates the perception that anyone can achieve it and also reach the same level of success.”

Alternatively, for Gasser Abdel Aziz, 26, it was Messi’s work ethic, introvertedness and reserved nature that resonated with him. “I liked the fact that he was extremely successful but still maintained an average lifestyle. He was not as extroverted as Ronaldo, and he was able to develop his skills overtime, win further titles all while keeping a very calm demeanour,” he says.

Though most football fans first fall in love with the team before the player, Abdel Aziz fell in love with Barcelona because of Messi. “There was a great rivalry between Ronaldo and Messi in the derby games while they played for Barcelona and Real Madrid, and I remember it being one of the greatest games to watch during the whole season. When Barcelona won 5-1 against Real Madrid, it was truly a special moment for me growing up.”

For Ahmed Hesham, 18, Ronaldo was his first role model as a child. To this day, he recalls the influence Ronaldo’s mentality had on him, and his perseverance in his career and personal life.

“He is successful because he takes care of his health and mind, and even when something tragic happens, like the passing away of his son, he maintains his professionalism and does not let anything affect his career,” Hesham says.

“I’ve always aspired to become like him as a young kid. I’ve watched all of Ronaldo’s interviews growing up, and the ways he talked about taking care of his health and mentally shows just how much he cares about every detail, like not drinking Coke, and this pushes me to do the same,” he adds.

To perfectly describe the influence football icons have on generations globally, a quote from the UN’s Secretary-General of the Earth Summit in 1992, Maurice Strong, on football legend Pelé comes to mind: he is not just the greatest footballer in the world, but “a universal man”.

Pelé, one of soccer’s greatest players, died at the age of 82 on Thursday, December 29. However, his legacy serves as a true example of a universal icon. Emotional tributes from presidents, leaders, artists and international organisations attest to his influence and his role in promoting a culture that celebrates work ethic.

UNESCO tweeted that he had “worked relentlessly to promote sport as a tool for peace” and President Joe Biden said that “Pelé’s rise from humble beginnings to soccer legend is a story of what is possible.”

From France’s Mbappe to Brazil’s Neymar, the Messi-Ronaldo generation have seen their boyhood icons take their final bow in the 2022 Qatar World Cup. Though the matches constituted their last games, it is unlikely that their legacies will end on the pitch, but rather, continue to influence many generations to come.

They inspire generations to dream, to achieve, and to craft their own vision of success.