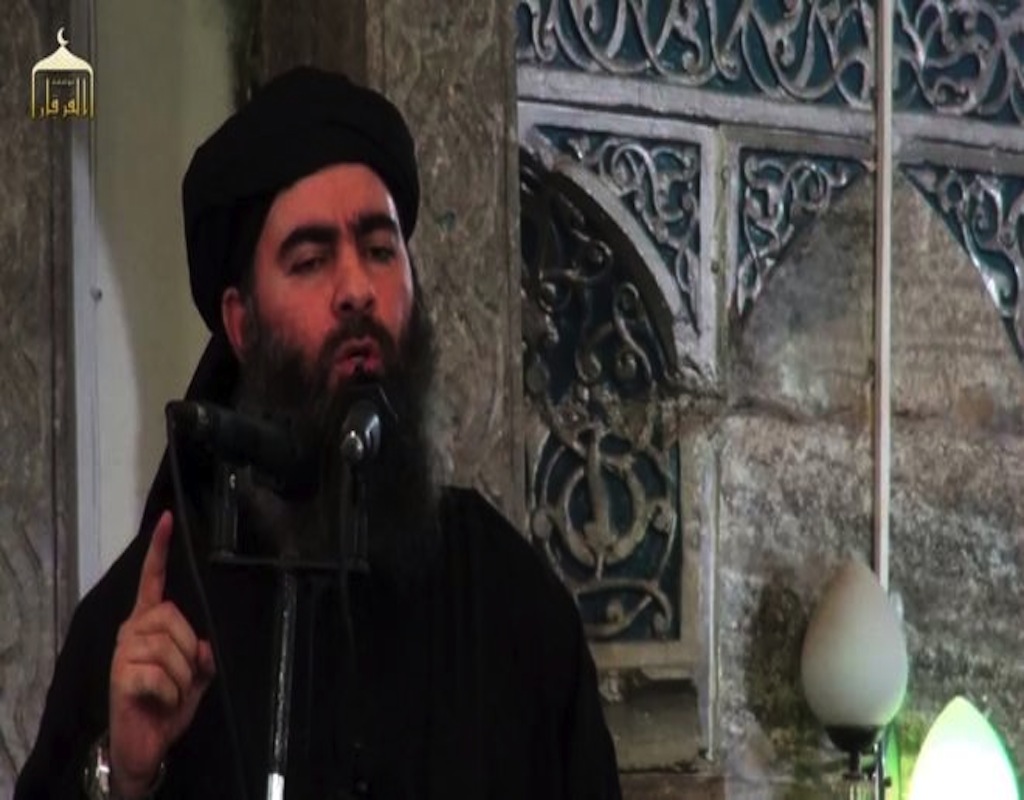 Islamic State group leader Abu Bakr Al Baghdadi made a surprising comeback after a year on Wednesday evening with a new 54-minute audio entitled, “Give Glad Tidings to the Patient,” released by the group’s media outlet Al-Furqan Foundation.

This dispels the reports that were released last year that he was killed in an airstrike, as claimed by the Russian Ministry of Defense.

He offered his greetings to his followers for Eid Al Adha and called on his fighters to persevere and continue with the ‘jihad’, as he explains, “for the mujahideen (holy warriors), the scale of victory or defeat is not dependent on a city or town being stolen or subject to that who has aerial superiority, intercontinental missiles or smart bombs”.

However, the authenticity of the audio could not be verified whether the voice in the recording actually belonged to Al Baghdadi.

Nevertheless, the content of the audio proves that it is not outdated, as Al Baghdadi mentioned very recent events such as Turkey’s row with the United States, the latest terror attack in Jordan that just happened a week ago and the recent control of South Syria by President Bashar Al Assad.

After losing 90% of its territory, Al Baghdadi accused Syrian rebels that surrendered their territories as apostates and called on them to join the IS group once again, as well as asking them to start attacks around the world, particularly in Canada, using knives, bombs or other weapons.

Al Baghdadi also added that the US is currently living the worst time in its history and that it would eventually collapse, as evidenced by its feuds with Iran, Russia and North Korea and their disregard for America’s sanctions.

In an interview with France 24 English, terrorism expert Wassim Nasr said that he is not particularly surprised by the audio as Al Baghdadi usually makes an appearance every year, with the last one being in September 2017 and the one before it in 2016.

When asked about whether this audio will have any impact, Nasr said that it could have an impact on his followers as a year of absence is a long time, and so it’s important to hear from their leader once again.

Nonetheless, Nasr added that it may not have any real change on ground as ISIS is now operating more as guerrilla fighters than an actual state, so the impact could be minimal.

ISIS has claimed responsibility for the majority of the attacks in Egypt, including the two tragic church bombings on the celebrations of Palm Sunday last year, which left 28 dead and more than 71 injuries, as well as the mosque attack in North Sinai, which was named as the deadliest attack in Egypt’s modern history that killed 305 people.

In April of this year, Egypt’s military announced the death of IS leader in central Sinai Naser Abo Zaqoul, which was part of the operation ‘Sinai 2018’ to eliminate all terrorism in the province.

According to a United Nations report released this month, there are still around 20,000 to 30,000 IS militants in Syria and Iraq.