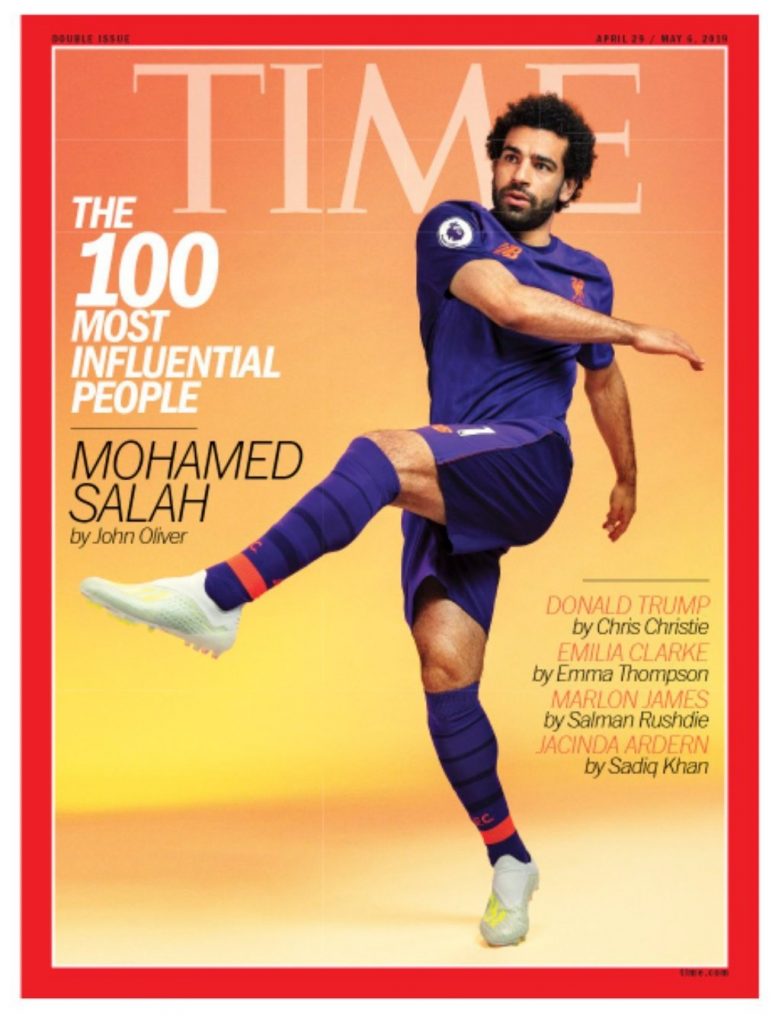 Egyptian football sensation Mohamed Salah has been listed among the TIME’s 2019 most influential people.

The 26 year old star also features on the cover of the magazine. Inside, HBO John Oliver paid tribute to the footballer, calling him an “an “iconic figure for Egyptians, Scousers and Muslims the world over.”

He features in the Titans section among figures such as a Gayle King and Mark Zuckerberg.

In an interview with the magazine, Salah commented on various topics including pressures of fame and unwinding with his daughter at the end of the day. He also addressed the topic of supporting equality.

“I think we need to change the way we treat women in our culture,” Salah said. “It’s not optional.”

Liverpool sensation Mohamed Salah claimed the 2018 Confederation of African Football Player of the Year award in January. A popular figure among footballers and fans alike, he is well-known for his athletic prowess, football skills and charitable contributions to his home village.

Salah is not the only Egyptian sensation in the list by famed magazine TIME. He is joined by recent Oscar-winner and actor Rami Malek who is American of Egyptian roots.

Time 100 is a famous and much anticipated annual list of the world’s 100 most influential individuals in the world. It regularly features artists, political leaders, athletes and journalists.

Malek’s commentary was written by none other than famed actor Robert Downey Jr who described the young actor as “good man” and “understated and kind, complicated and relatable; he’s downright mercurial.” His main role as Freddie Mercury was particularly praised.

The 37 year old won the Oscar for best role (Freddie Mercury in Bohemian Rhapsody) at the 91st Academy Awards making him the very first Arab American to earn the award.

The Egyptian-American’s role as Freddie Mercury has also landed him several awards, including a BAFTA and a Golden Globe for best actor.

Mohamed Salah: 'We Need to Change the Way We Treat Women in Our Culture'
Egypt’s First Polo Academy to Launch Its 3rd Annual Tournament This April

Egypt’s First Polo Academy to Launch Its 3rd Annual Tournament This April
Mohamed Salah: ‘We Need to Change the Way We Treat Women in Our Culture’