Hours after Egypt’s Prime Minister ordered the suspension of all air travel, Egypt’s Minister of Information announced the number of those who have tested positive for COVID-19 increased to 150 people, with three deaths.

This number has risen from the 126 cases announced late Sunday. Of these cases, 80 of them are reported to be Egyptian nationals.

Earlier this week, Egypt’s President Abdel Fattah El Sisi called for the closures of schools and universities nationwide for a two week time period, in attempts to contain the spread of the COVID-19 virus.

A nationwide decree was also issued in order to suspend any and all activities or events that may consist of large group gatherings.

The viral disease that has swept at least 114 countries worldwide and killed more than 5,800 people is now officially a pandemic, the World Health Organization (WHO) declared on Wednesday. 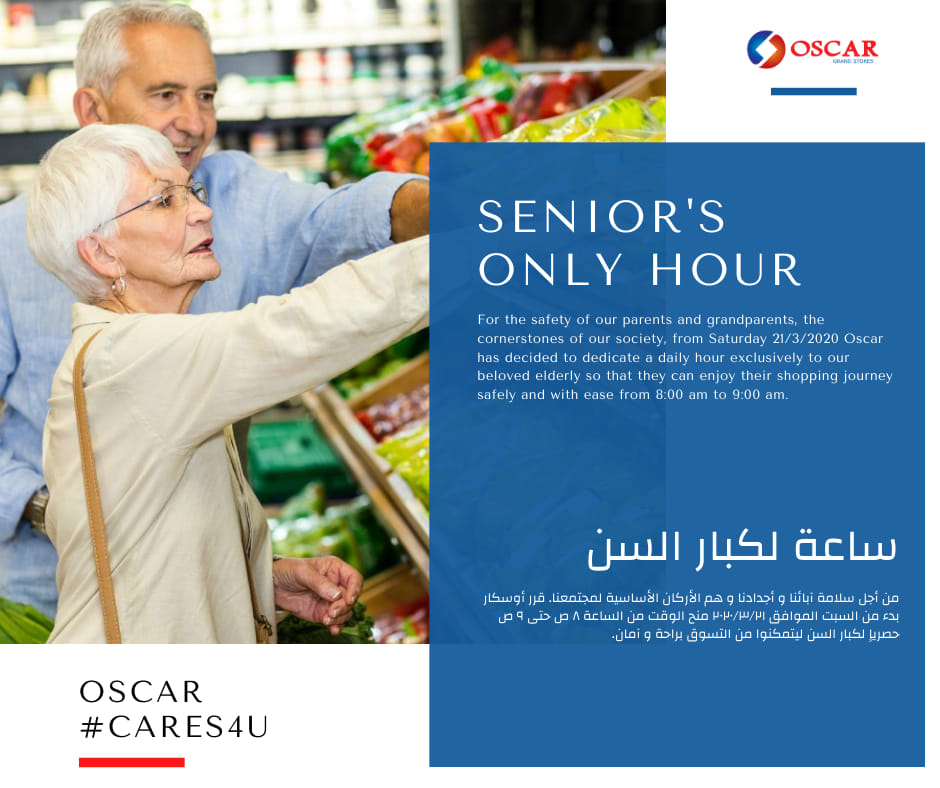 Oscar supermarket just announced that it will dedicate a daily hour exclusively to the elderly starting from Saturday from 8 to 9 am.

Due to rising demand and stockpiling, the supermarket earlier began adopting measures to cope with the rising demand, releasing a statement that it will be operating with its full capacity from 8:30 am to 12:30 am daily.

Popular TV presenter Amr Adib showed footage of hundreds of Egyptians flocking to the supermarkets and shelves across the city’s supermarkets standing empty.

Psychologists warn against the panic buying and note that it can increase public anxiety, stemming from unexplained fear of the unknown.