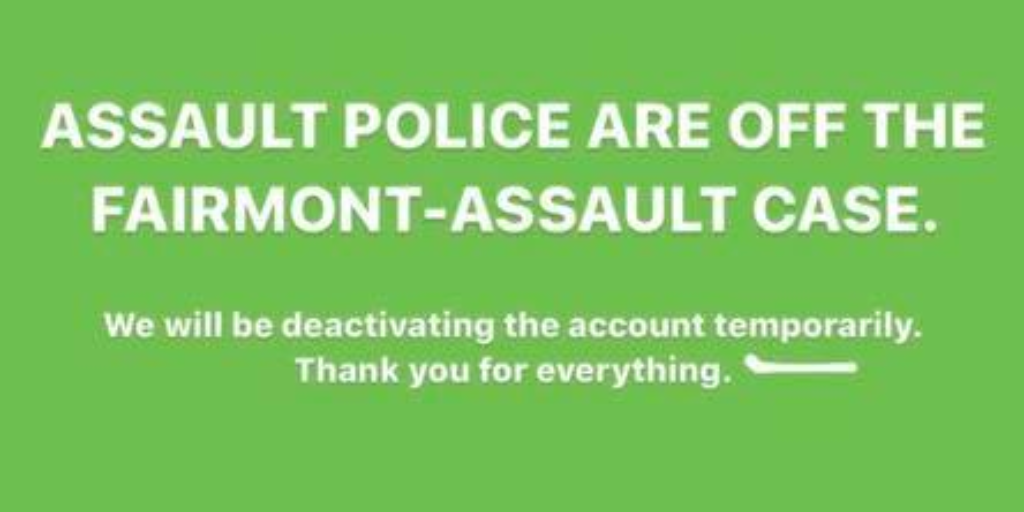 The sudden disappearance and deactivation of the account, which was involved in gathering evidence in new rape incidents, sparked intense backlash and shock from social media users and women in Egypt.

According to sources speaking to Egyptian Streets who wish to remain anonymous, Assault Police went offline as its administrator had received a number of serious death threats following Assault Police’s posts about various alleged gang rapes, including an alleged gang rape at the Fairmont Nile City hotel in February 2014 which is known on social media as the ‘Fairmont incident’ and the ‘Fairmont crime’.

The source of the threats are unknown but is believed to be linked to the investigation by Assault Police into the Fairmont incident. Assault Police, which gathers almost 200,000 followers on Instagram, has also been a source of raising awareness on rape and harassment culture more generally as well as a source of education on sexual consent in Egypt. The account has worked with authorities to bring Ahmed Bassam Zaki to justice, including by referring victims to the National Council for Women and providing other assistance.

Egyptian Streets is currently investigating the Fairmont incident and other related alleged sexual crimes. Please contact Egyptian Streets via email at [email protected] or via social media if you have any verifiable information or first hand accounts.