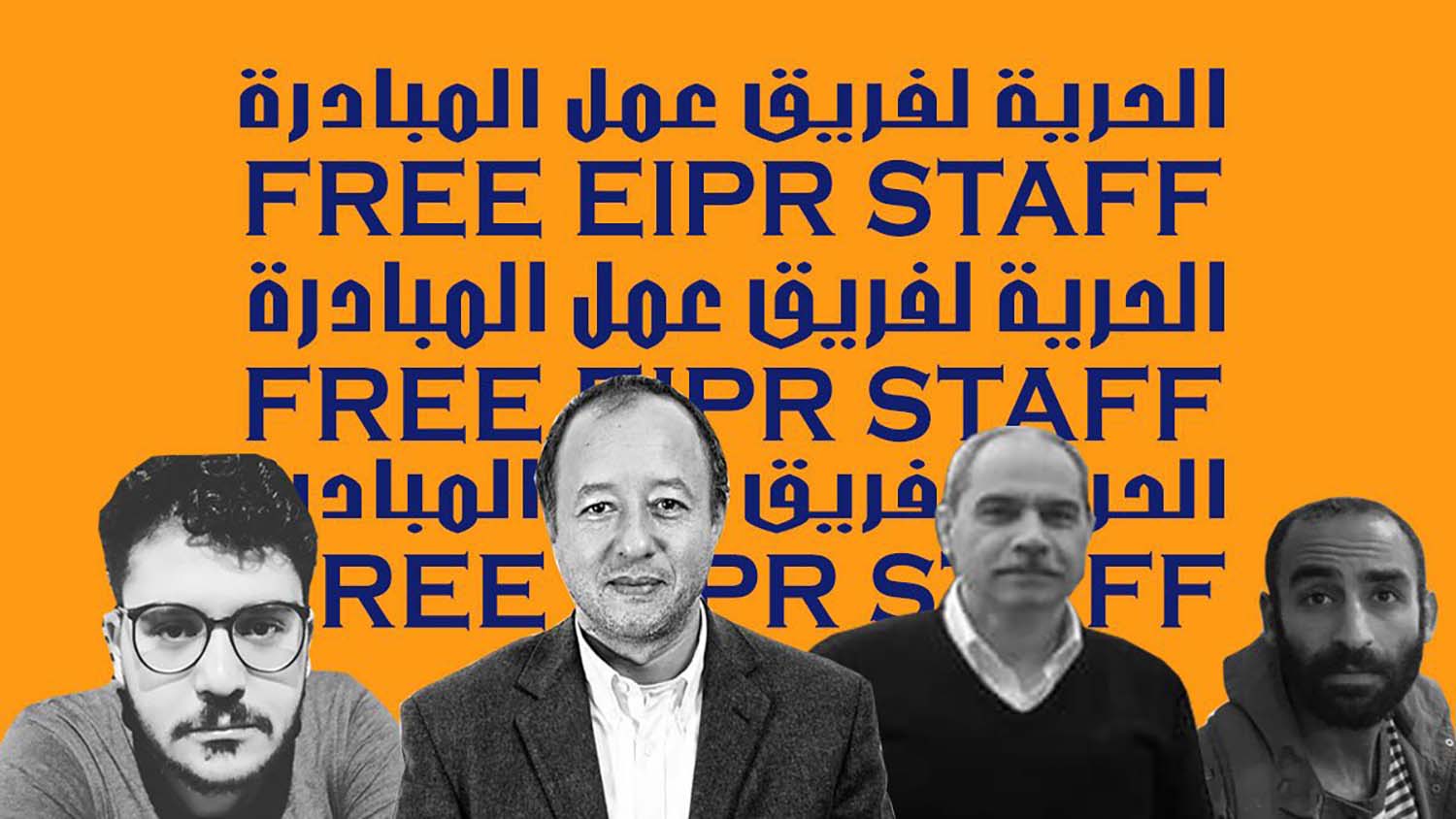 Egypt’s Public Prosecution ordered on Thursday evening the release on bail of three staff members of the Egyptian Initiative for Personal Rights (EIPR) weeks after their arrest.

Jess Kelly, the wife of Ennarah who had launched a petition that garnered nearly 150,000 signatures, tweeted that Ennarah had returned home and is with his family. A number of foreign governments also expressed their appreciation and welcome of the release of EIPR’s three staff members.

I cannot describe my happiness and relief. Karim has been released along with Gasser and Mohamed and is now home with his family. A huge thank you to everyone who has supported us, Karim feels incredibly blessed and lucky to have you #FreeEIPRstaff @EIPR pic.twitter.com/jHZRHAWFW9

The German Foreign Office tweeted that it was “relieved by the reports from Egypt that the three employees of the human rights organization EIPR have been released” while the United States Senate Foreign Relations committee said the release “is welcome and appreciated” and is “a positive step forward for Egypt”, adding that it encourages the government to drop all charges against them.

We are relieved by the reports from Egypt 🇪🇬 that the three employees of the human rights organization #EIPR have been released. We will continue to work for the free exercise of the freedom of expression, assembly, and press enshrined in the Constitution of Egypt.

The arrest of the three EIPR staff members saw Egypt face international condemnation from foreign governments and from the human rights community. France, a close strategic ally of Egypt, was among the countries to condemn the arrests. The United Nations, US President-elect Joe Biden’s nominee for Secretary of State and even Hollywood celebrities such as Scarlett Johansson called on Egypt to release the EIPR staff.

In a response, a spokesperson for Egypt’s Ministry of Foreign Affairs stated that the three human rights activists were being investigated for breaking Egypt’s civil society law, which critics have pointed out is false. The three men face a number of charges, including joining a terrorist organization, spreading false news and misusing social media and these accusations have been made by Egypt’s State Security Prosecution.

EIPR said that its staff members were mistreated in jail and held on false accusations. According to EIPR President and Founder and renowned award-winning investigative journalist Hossam Bahgat, the arrest of Ennarah in particular came as a result of his work documenting prison conditions during the coronavirus, adding that State Security has accused him of working with “groups that incite sedition inside prisons in order to spread rumors and disturb the peace”.

Meanwhile, German media outlet DW reported the arrests are thought to be linked to a meeting that took place between detained EIPR staff members and foreign diplomats.

Tweeting on Friday afternoon, Bahgat asked for people to keep up the pressure for the release of scholar and human rights advocate Patrick Zaki, who was arrested in February 2020 upon arrival at Cairo International Airport.

“Our star gender specialist Patrick has been in pretrial detention for 10 months on same bogus terrorism charges,” tweeted Bahgat. “If you raise your voice for him today we might take a few days off”.

Founded in 2002, the Egyptian Initiative for Personal Rights is a leading human rights organization working to preserve civil rights and individual liberties and freedoms in Egypt. In addition to its expert research publications and documentation of human rights abuses in Egypt, the organization also provides free legal representation for individuals whose civil rights were violated.

In recent years, the organization has won several high profile cases and represented defendants like scholar and human rights advocate Zaki and Menna Abdel Aziz, a rape victim who was charged with violating Egyptian family values and inciting debauchery.