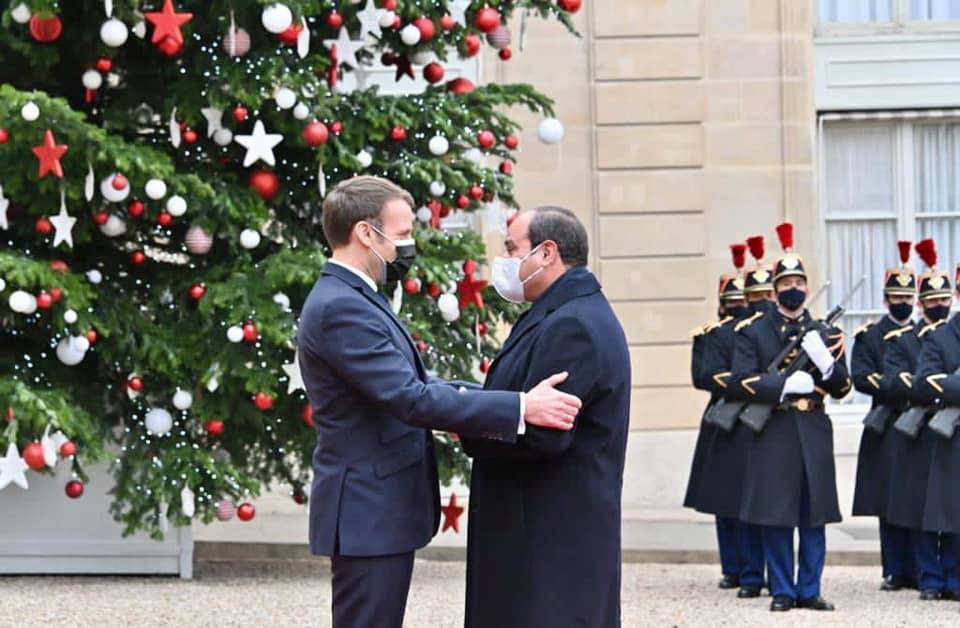 Egyptian President Abdel Fattah Al-Sisi landed in Paris on Sunday on an official two-day visit to France that saw him hold discussions with French President Emmanuel Macron and other leading government and business leaders. The visit saw the French roll out the red carpet for President Sisi, with the Egyptian leader welcomed with a cavalry parade through Paris.

The highlight of the visit was Sisi’s meeting and joint press conference with France’s Macron at the historic Élysée Palace, the official residence of the President of the French Republic.

The joint press conference saw the two leaders exchange differing views in an amicable manner on religious values and secularism, but they otherwise displayed a unified approach to economic and political cooperation, particularly in relation to the Middle East and North Africa.

Religious values vs human values: the Presidents get philosophical

In response to a question from the press about France’s approach to cartoons of the Prophet Muhammad deemed offensive to Muslims around the world, President Sisi stressed the importance of considering “religious values”, affirming his views that such cartoons offend Muslims globally.

“It is important, when we express our views, that we do not violate religious values for the sake of human values,” asserted Sisi, moments after Macron had defended the importance of freedom of the press and expression.

“The rank of religious values is much higher than human values…holy and above all other values…Human values are values that we have made and we can change or regulate,” continued Sisi.

The statement, which among other remarks concerning religion was praised in a statement by Al-Azhar, saw the French leader directly disagree with his Egyptian counterpart, affirming France’s secularism and its separation of religion from politics.

“We consider human values are superior to everything else. That’s what was brought by the philosophy of the Enlightenment and the foundation of the universalism of human rights,” said Macron, adding that blasphemy is allowed in France, even if it does not represent the French people or their views.

Human rights not an obstacle to cooperation 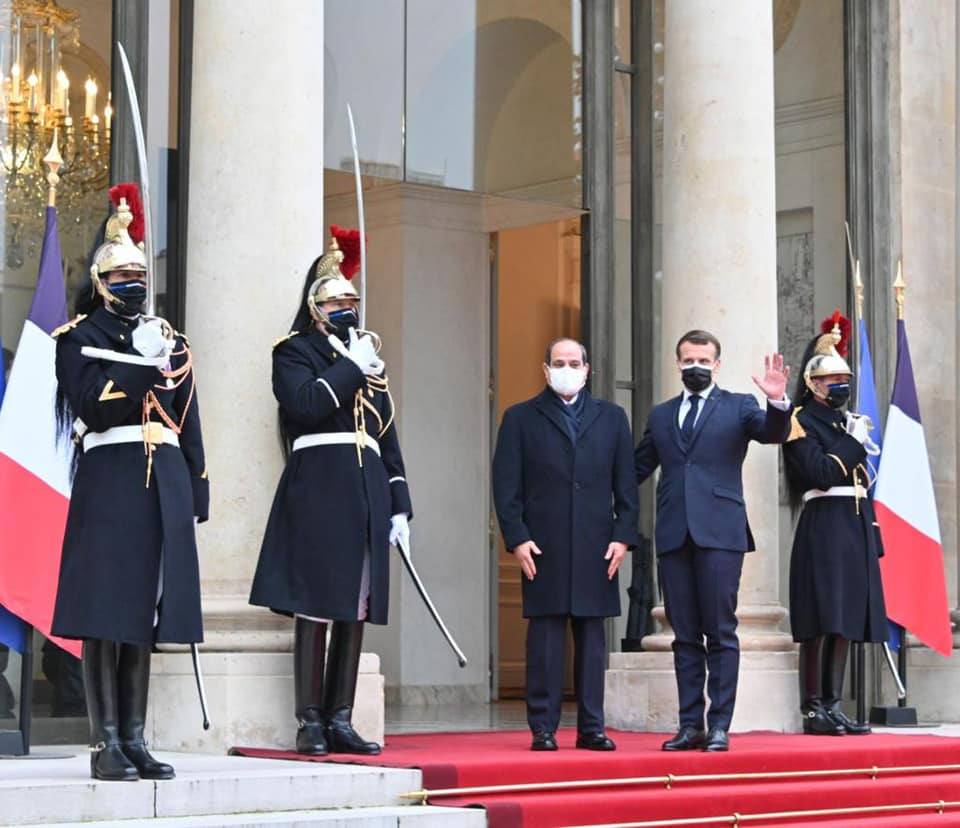 In light of recent controversy surrounding the arrest, and later release, of three employees of the Egyptian Initiative for Personal Rights, it seemed the French President was not surprised when a member of the press asked whether France would set conditions on weapons sales to Egypt in light of alleged human rights violations.

“I won’t make our defence and economic cooperation conditional upon these disagreements,” said Macron after stressing that Egypt and France have “disagreements on that topic” and that they “talk about it frankly”.

“I think it is more effective to have a policy of dialogue not a policy of boycott, which would reduce the effectiveness of one of our partners in the fight against terrorism and for regional stability,” continued Macron, who nevertheless said that France would always be an “advocate of democratic and social openness” and believes inclusiveness of civil society in political representation would help in the fight against extremism.

On his part, the Egyptian President said that Egypt had been working to promote human rights, including recently approving a new law regulating NGOs after many in the sector had criticised old laws from restricting the activities of NGOs in the country.

“We have more than 55,000 civil society organisations operating in Egypt, and they form a very important part of the civil work [in Egypt],” said Sisi, adding that it is “not appropriate” for the Egyptian State to be seen as an “oppressive regime”.

“Gone are the days that the Egyptian people, who include more than 65 million youth, can be constrained or imposed upon a regime that they do not accept. It is over and does not exist.”

Sisi added that he is also focused on reforming religious discourse given extremism in the region.

Economic, military and other cooperation

The two leaders also stressed the importance of cooperating to tackle issues in the region, with the Egyptian President offering his full support for the people of Lebanon “to save Lebanon from its current crisis”, referencing the political fallout from the explosion earlier this year in Lebanon.

Sisi and Macron also said they are prioritising security issues in the Eastern Mediterranean, the Middle East and the North Africa region.

In relation to the Israeli-Palestinian crisis, Sisi and Macron stressed the importance of establishing a Palestinian state based on the internationally recognised borders of 1967, adding that it is key for the peace process to resume and for a two-state solution to be reached.

The joint press conference also saw the two leaders announcing they had agreed to work together to increase French investments in Egypt and to boost trade exchange between the two countries.

In addition to meeting with Macron, Sisi met with Paris Mayor Anne Hidalgo, where they discussed cooperation opportunities, particularly in the cultural sphere. In both the meeting with Hidalgo and Macron, Sisi welcomed French tourists to Egypt and discussed ways to promote tourism from France to Egypt.

The visit by the Egyptian President comes less than a month after the French Foreign Minister travelled to Egypt to meet with leading government and religious figures.