Renowned Egyptian screenwriter Wahid Hamed passed away Saturday morning at the age of 76.

His son, film director Marwan Hamed, announced the news. The late screenwriter reportedly suffered from several health problems and was admitted to a hospital in Mohandessin a few days prior.

Some of the late screenwriter’s most well known films include the 1992 film Al Erhab wel Kebab (Terrorists and Kebab) and the 1985 film Al Baree’ (The Innocent). He has written over 80 films throughout his career, and was known to challenge conventional norms by tackling rather taboo topics through his films.

Hamed was born in 1944 in the Sharqia governorate. He received a Bachelor of Arts degree in Sociology, before deciding to take on a career in screenwriting which boomed in the 1970s.

A number of well known Egyptian artists have passed away in the last year, among which include Shweikar, Nadia Lotfy, Mahmoud Reda and Mahmoud Yassin.

Starting 2021 With Disney's 'Soul'
A Witness to Nothing: How Seif Bedour Became Entangled in the Fairmont Case 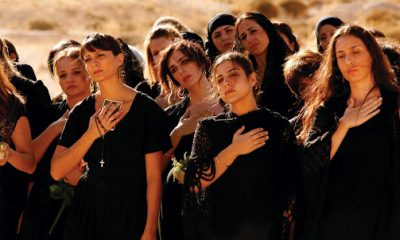 A Witness to Nothing: How Seif Bedour Became Entangled in the Fairmont Case
Starting 2021 With Disney’s ‘Soul’