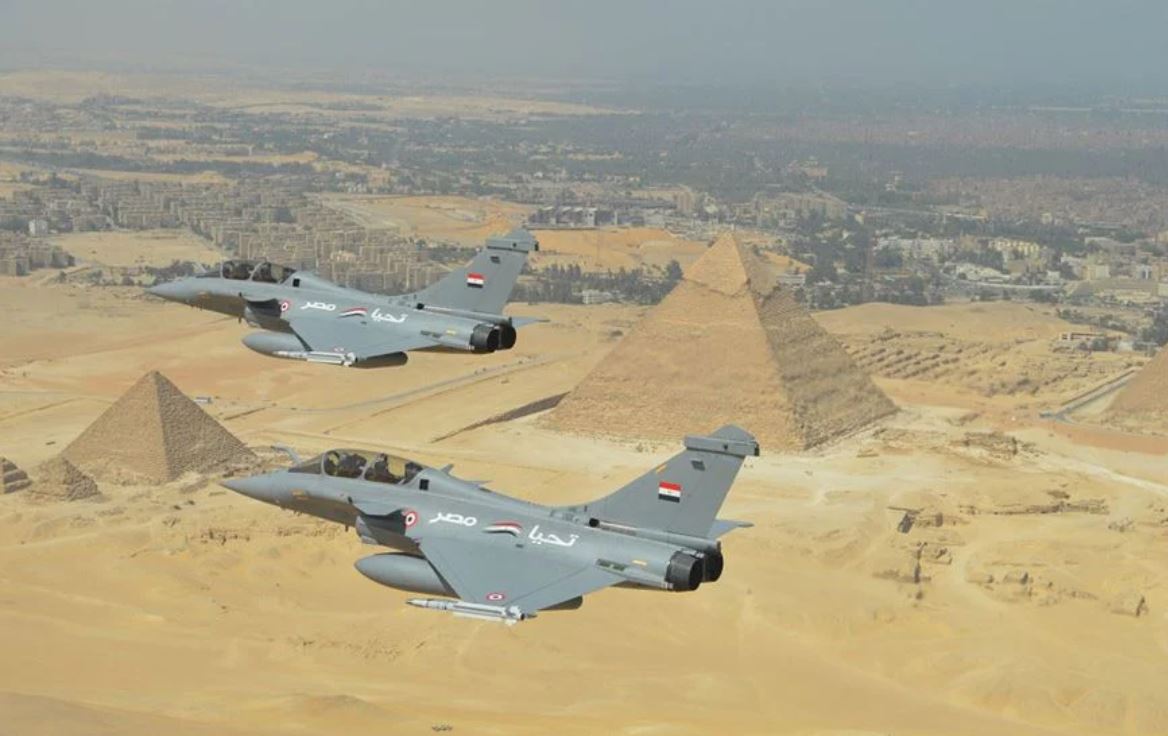 Egypt has signed a deal with France to buy 30 French Rafale fighter jets from the French Dassault Aviation company, a statement by the Egyptian Armed Forces stated on Tuesday.

The contract deal will be financed through a loan that would be re-paid over a period of least 10 years, the statement added, which comes within the framework of the Egyptian political leadership’s interest to develop future military capabilities.

Between 2013 and 2017, France was the top provider of arms to Egypt, providing almost four billion euros in supplies, which included a deal to deliver 24 Rafale jets in 2015 for the Egyptian Air Force.

Egypt was also ranked as the second largest recipient of arms transfers in the Middle East behind Saudi Arabia between 2013 and 2017.

In December, Egyptian President Abdel Fattah Al Sisi paid a visit to France, during which French President Emmanuel Macron said that the EU country’s arms sales to Egypt will not be conditioned on respecting human rights.

Despite Macron’s statement, in March of this year, more than 30 nations of the United Nations Human Rights Council signed a declaration condemning human rights abuses in Egypt. Among the countries that signed the declaration were the United States of America, France, Germany, Australia, the United Kingdom, and mostly other European countries, all of which are key allies of Egypt.

Outrage in Egypt After South Sudanese Boy Faces Racist Abuse in Viral Video
Coptic Easter: In Past, Present and Future

Coptic Easter: In Past, Present and Future
Outrage in Egypt After South Sudanese Boy Faces Racist Abuse in Viral Video