Egyptians Free to Worship, or Not: President Sisi

Egyptian Streets
Egyptians Free to Worship, or Not: President Sisi

Participating in World Youth Forum panel entitled ‘The Role of World Leaders in Building and Sustaining Peace’, Egyptian President Abdel Fatah Al Sisi stated that Egyptian citizens were free to worship or not, adding that it wasn’t a matter the state could interfere with.

The President, elaborating on the vision of ‘peace’, commented on Friday’s terrorist attack, in which seven Coptic Christians were killed after gunmen opened fire at a bus near the Saint Samuel Monastery in Minya.

“We in Egypt don’t discriminate, we don’t say this is Muslim and this is Christian; we say we are Egyptians,” he stated, referring to the fact that attacks concerned and bothered all Egyptians.

The narrative to portray acts of terrorism as a national plight rather than a specifically Christian concern has been on-growing, with the government often reminding citizens that terrorism has claimed both Muslim and Christian lives. However, most recent terrorist attacks have targeted Coptic Christians such as the 2017 church bombings.

The President extensively talked about the right to worship in Egypt as well as the importance of allocating houses of worships to the nation’s various faiths. He particularly spoke of the recently-passed law regulating the building of churches.

”If we, here in Egypt had other faiths, we would’ve built places of worships for them. If we had Jews, we would have have built synagogues for them,” he stated, specifying that the right to practicing one’s religion was universal.

It is not clear if, by ‘not worship’ the president was alluding to atheism in Egypt.

Egypt has been openly against atheism in the last few years. There were talks of criminalizing atheism by Parliament last year.

In 2017, the Egyptian parliament’s committee on religion, headed by Amro Hamroush, discussed plans to make atheism a crime in Egypt to fall under the category of ‘contempt of religion’. Various local media outlets reported that the bill for the criminalization of atheism was picked up again in March 2018.

In 2014, shortly President Abdel Fattah Al-Sisi’s election as head of state, the government released a national plan to combat the phenomenon of atheism in a bid to crack down on figures who were open about their lack of religious beliefs.

With time, Egyptian and Arab youth have been more vocal about not wanting to adhere to a particular religion although they tend to keep these thoughts from older generations and families in fear of growing punishment and possible incarceration.

19 Militants Killed After Coptic Attack, Compensation Given to Families
Bill to Fine and Ban Niqab in Public Places Handed to Parliament 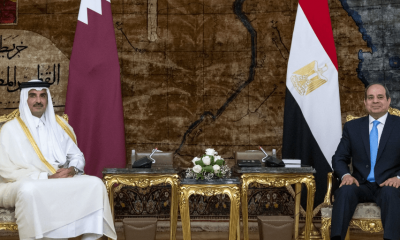 Bill to Fine and Ban Niqab in Public Places Handed to Parliament
19 Militants Killed After Coptic Attack, Compensation Given to Families